The seizure is being investigated by the NCB and other agencies 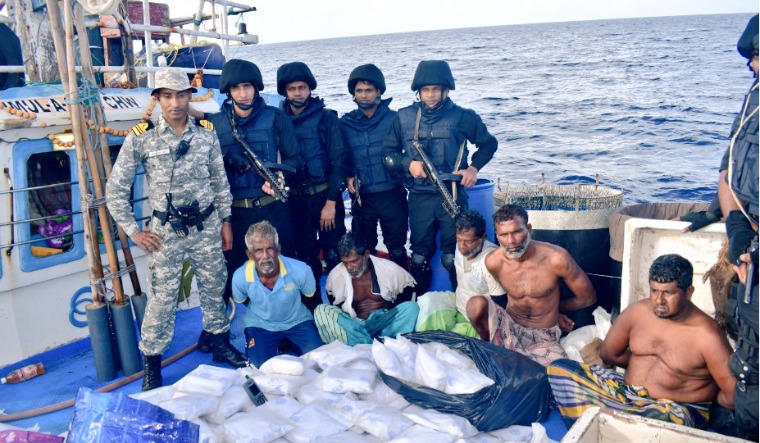 The Indian Navy has informed that it had handed over to the Narcotics Control Bureau a boat it had seized with about 300kg of narcotics in the Arabian Sea.

The Indian Navy had announced on Monday that one of its patrol vessels, INS Suvarna, had seized a fishing boat while on patrol in the Arabian Sea. The vessel was brought to Kochi on Monday.

The seizure is being investigated by the NCB and other agencies.

In March, the NCB had made a large haul of narcotics off the Kerala coast. "On 30 March, the NCB announced the seizure of 300 kg heroin from a Sri Lankan fishing vessel that had been intercepted by the Indian Coast Guard off the coast of Kerala’s Vizhinjam, nearly 200 km from Kochi. The Indian federal drug enforcement agency also seized five AK-47 rifles and 1,000 rounds of 9mm ammunition from the vessel. Investigations by the NCB in this case also indicated an Iranian link to the consignment," The Hindustan Times reported.