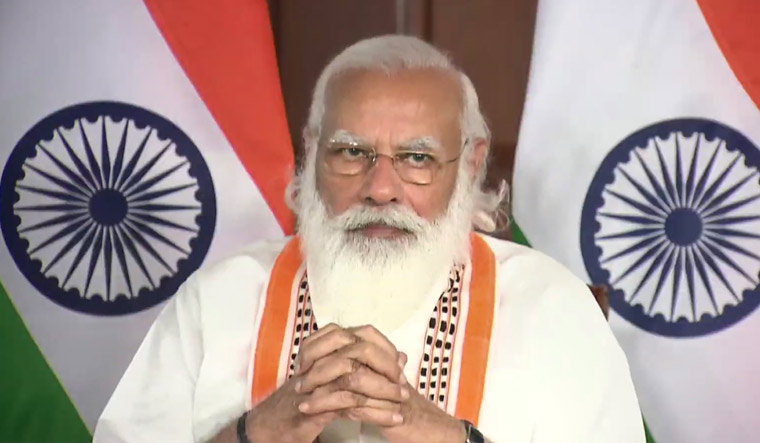 The country has crossed the peak of the first wave of COVID-19 and the growth rate is much faster than the earlier, Prime Minister Narendra Modi said on Thursday, while lamenting that people— in some states even administration, too—have grown much more casual.

“Many states, including Maharashtra, Chhattisgarh, Punjab, Madhya Pradesh and Gujarat have crossed the peak of the first wave. Many other states are moving in that direction. This is a serious concern,” Modi said while interacting with the chief ministers on the COVID-19 situation.

Despite these challenges, Modi said, we have better experience, resources and also the vaccine. People’s involvement, along with hard working doctors and health care staff, has contributed a lot in managing the situation and they are still doing so, he said.

Speaking to the chief ministers, Modi asked them to focus on micro-containment zone to curb the disease and reiterated his call to work on the mantra of test, track, treat besides pushing COVID-appropriate behaviour and COVID-management to bring down the peak.

“We need to contain the human host to contain the virus and testing and tracking has a very important role to play in this,” the prime minister said. Testing is critical to detect the extent of infection in the community and also to identify people who can spread the infection, he added.

Speaking at the meeting with Chief Ministers. https://t.co/oJ5bhIpdBE

Modi urged the chief ministers to reduce the positivity rate to below 5 per cent, with focused and targeted testing in containment zones and areas where clusters of cases are being reported. He also stressed on the criticality of ramping up the share of RT-PCR tests to at least 70 per cent of the total tests done.

Emphasising the importance of contact tracing in curbing the infection, the prime minister said that at least 30 contacts of a positive case must be traced, tested and quarantined, preferably within first 72 hours.

“There should not be any relaxation in our efforts due to ‘covid fatigue’,” Modi said, while emphasizing the need for comprehensive data on deaths with detailed analysis.

Modi requested the states for 100 per cent vaccination of 45 plus population in the high focus districts. He called for ‘Teeka Utsav’—Vaccination Festival—between April 11 and April 14.

“Effort should be to vaccinate maximum number of people during the vaccination festival,” Modi said and called upon the youth to help in getting everyone above 45 years of age vaccinated.