An economic revolution in the making 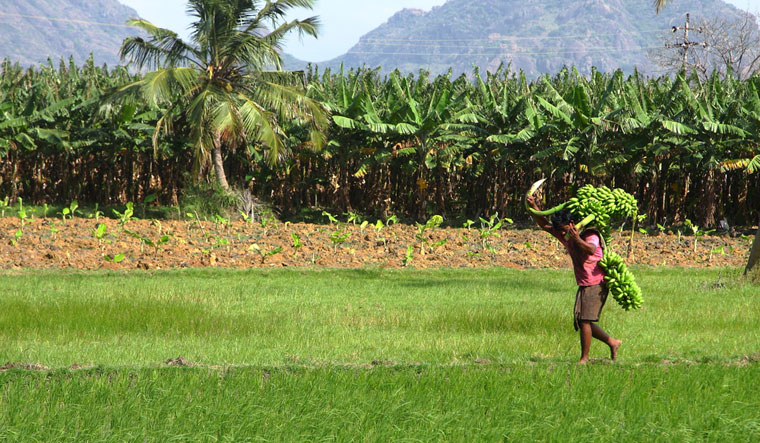 A revolutionary plan to bring about total employment and structure to provide necessities, Amma Revolutionary Economic Scheme has the active participation of the people themselves, resulting in a society in which all citizens’ basic needs are met.

The scheme reorganises the prevailing economic cycle―from production to retail―to make it beneficial to those who put in the hard labour. This makes the capital contributors, who are the only beneficiaries in the existing system, irrelevant. The current exploitative system is a legacy carried forward from an era constrained by fixed currency as government spending on productive activities was restricted. This defeats the purpose of the economic controller’s primary function of providing total employment. A government issuing floating fiat currency is not restricted in its spending on productive activities, as long as produces are available for purchase and parliamentary approval is the control on unproductive activities.

This revolution is possible because of the changes we made to the operational flow in the economic structure. A few thousand people become millionaires, while the rest suffer, because flaws in the system allow that to happen. That is why, politicians and power centres amass wealth that is produced by the common people. This is the result, as only Rs 10 reaches the beneficiaries out of Rs 100 spent by the government. The changes we’re making to this structure is responsible for this revolutionary scheme. The practice of ‘labour is ours, benefit is yours’ is changed by keeping all the operational flows of the economic activities and its benefits in the hands of workers.

The revolution aims at everyone getting employment and meeting all their basic necessities. As labour and the operational cycle are in our hands, financing must not be a constraint.

Assured employment to one person in a family is the first step. After the successful completion of this step, employment to all, that is achieving total employment in Tamil Nadu. This has been properly planned and is ready for roll-out. It will include the kind of businesses in each village, the number of people to be employed, investment and its profitability. We are ready to submit the numbers.

The rural population of Tamil Nadu is approximately 4 crore living in 12,620 village panchayats and 561 town panchayats. Out of the 2 crore people in the 15-65 age group, around 2 crore are able to work. Villagers presently sell whatever they produce as such with minimal profit or no profit. Whatever is available in the super market could be produced in villages. If the produce is sold directly to consumers, more than 50 per cent of sale value pocketed by middlemen will go to the villagers. Other than rice, dal and other cereals, all food items, fruits, vegetables, dairy, poultry, fish, cleaning products, personal hygiene products could be supplied by villages as branded, value added items.

Those employed in the rural enterprises will get the products produced by them at cost prices initially, and subsequently at no cost, once the enterprise could afford it.

The investment required for promotion of rural enterprises will be availed as a soft loan, which will be repaid over five years. As an alternative, the Central government may be approached for a grant.

For this to be a pure MMT program, currency issuer funding it directly as part of government spending will make it so. The state government being a currency user, the structure described above is the best possible option.

Rajendra Rasu, MMT India, is a research fellow at the Global Institute for Sustainable Prosperity (GISP)