Karnataka CM Yediyurappa will be replaced after May 2: Yatnal 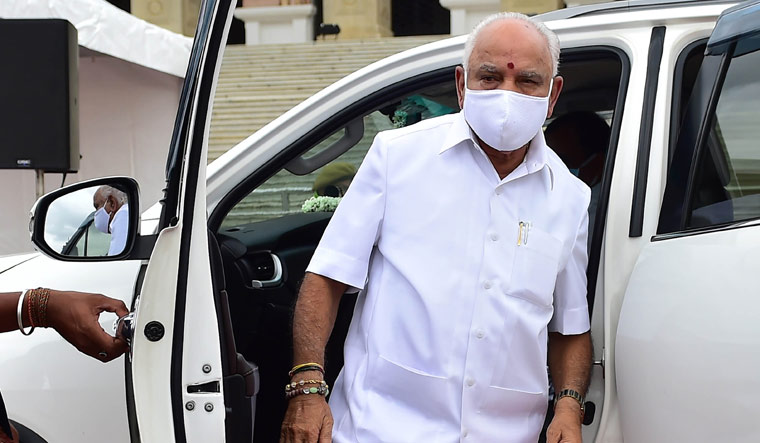 The former union minister, who has been an open critic of the Chief Minister, claimed many ministers and legislators, who were being forced to go before the media and issue statements in the CM's support, will "rise up" after April 17.

"Some say Yediyurappa will be Chief Minister until the sun and moon are there. How is it possible? If he is CM in 2023 also, is the 75 years (retirement) rule not applicable to him?" Yatnal asked.

Speaking to reporters here, he said "it is a great thing that Yediyurappa got a two-year bonus. He should thank the party high command and workers and voluntarily retire after April 17."

"After May 2, the change will happen for sure, it may happen any day....it will be someone from North Karnataka (who will become the CM)," he said, continuing his attack on the 78-year-old Yediyurappa.

April 17 is the date for bypolls to the Belgaum Lok Sabha and Maski and Basavakalyan assembly segments. The results will be declared on May 2.

The Bijapur city MLA had predicted Yediyurappa's removal as chief minister several times in the past.

He was earlier slapped with a show-cause notice for repeatedly criticising Yediyurappa and his government.

Stating that the BJP central leadership was aware of all developments in the state, Yatnal, taking a dig at Yediyurappa and his son B Y Vijayendra, said "They (high command) are noticing scams, transfer mafia and how the High Court is blasting the government."