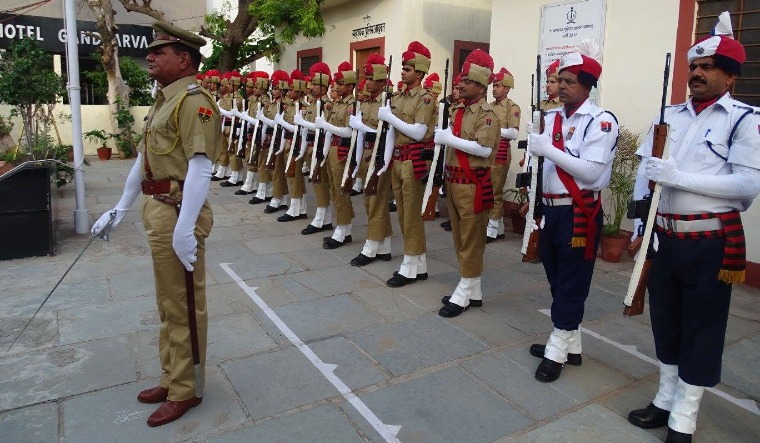 Taking more harsh action against police officer Kailash Bohra, who was given compulsory retirement from the Rajasthan Police Service (RPS) for demanding sexual favours from a rape survivor last month, the state government has ordered his dismissal.

The order was issued on Friday after obtaining the approval from the governor.

The state government had issued an order for Bohra's compulsory retirement on March 20.

Bohra was arrested by the Anti-Corruption Bureau (ACB) for allegedly demanding sexual favours from a rape survivor in lieu of taking action in cases lodged on the basis of her complaints.

He was posted as the assistant commissioner of police (ACP) at the special investigation unit for crimes against women in the DCP East office and was arrested by the ACB team from his office on March 14.

Bohra had first demanded money from the woman, who had got three cases, including one of rape, lodged. Subsequently, he began demanding sexual favours from her for taking action in the cases.

The officer was investigating the cases.

The opposition BJP raised the issue in the Assembly and expressed dissatisfaction over mere suspension. However, Parliamentary Affairs Minister Shanti Dhariwal assured the House that Bohra will be terminated from service.

On March 20, Principal Secretary (Home) Abhay Kumar issued the order of Bohra's (52) compulsory retirement in public interest, in accordance with the recommendation of the high-level standing committee of the administrative reforms department.

However, the government took the final decision to punish Bohra with dismissal from service under Article 311(2) of the Constitution after the governor's approval, sources said.