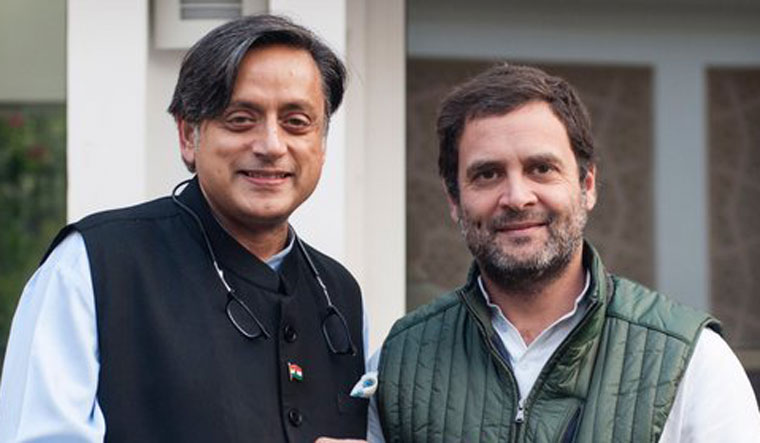 As the election campaign is set to reach its pinnacle in Kerala, the Congress is trying to tap into the power of WhatsApp to ensure last-mile connectivity to the voters. The party is set to roll out a facility with which the voters can reach all the 140 candidates of the Congress-led UDF, and submit their suggestions or proposals for the constituency.

A brainchild of Congress leader and MP Shashi Tharoor, the popular messenger is to be used as a campaign tool at the final phase of the campaign for the April 6 assembly polls. The WhatsApp link will function as a platform that allows voters to interact with the party.

A voter can initiate a conversation with just a 'Hi' and the automated system would send back the UDF's manifesto. In the next stages, the voter can select her constituency and submit her proposals to the UDF candidate there. The proposals will be processed by the team behind the initiative and used for enhancing the campaign. Pictures and videos of the campaign will also be shared with the voters.

“The facility was primarily designed as an interactive tool during Tharoor's consultation with the public for drafting the UDF's manifesto. Now, it is stepping into the next level where you can interact with the candidates. This is the simplest and the best way to connect with the public. The Congress leadership is planning to implement the facility across the country,” Anand Mohanraj, a member of the All-India Professionals' Congress who worked behind the project, said.

The party hopes to use the inputs collected using the WhatsApp platform to fill the gaps in campaigning during the last leg of electioneering.

The Congress is engaged in a do-or-die electoral battle in Kerala against the CPM-led LDF. Several opinion polls have predicted another term for the Pinarayi Vijayan-led government. The party has deployed all of its top leaders, including Tharoor, for the election management in a bid to come back to power in Kerala, one of the few states where the party still is a prominent political force. Tharoor played a huge role in drafting the manifesto and has been touring across the state to campaign for the UDF candidates.