India has previously gifted one million doses vaccines to Nepal 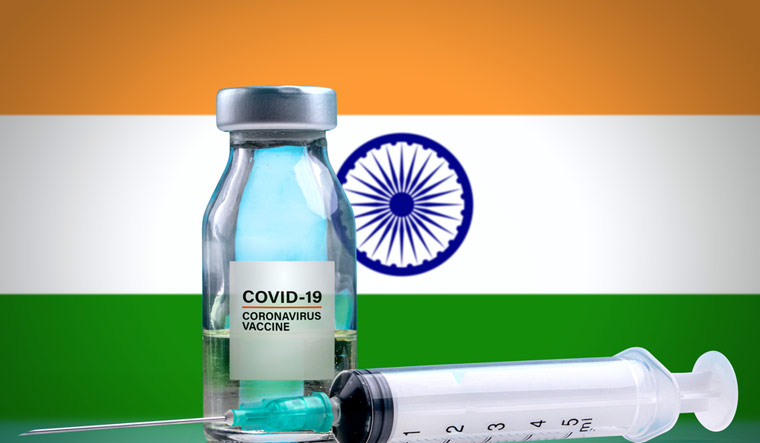 The Indian Army has gifted one lakh doses of India-made anti-COVID-19 vaccines to the Nepal Army as part of the efforts of the militaries of the two neighbours to enhance bilateral cooperation.

The vaccines were handed over by the Indian Army officials to their counterparts from the Nepal Army at the Tribhuvan International Airport on Sunday, the Indian Embassy here tweeted.

"100,000 doses of #MadeInIndia COVID-19 vaccine gifted by Indian Army to the Nepali Army were received at Tribhuvan Airport," the mission tweeted.

India has previously gifted one million doses of ‘Made in India’ COVID-19 vaccines to Nepal for the immediate requirement of Nepal’s healthcare and front-line workers.

Meanwhile, China on Monday donated 800,000 doses of anti-COVID-19 vaccines to Nepal, according to media reports here.

The Vero cell vaccines, which arrived at Kathmandu’s Tribhuvan International Airport (TIA), was handed over by the Chinese ambassador to Nepal Hou Yanqi to the Minister for Health and Population (MoHP) Hridayesh Tripathi during a ceremony organised for the occasion, The Himalayan Times reported.

Even though China had pledged to provide 800,000 doses, initially 500,000 and then later 300,000, to Nepal, the consignment was brought to Kathmandu on Monday by a Nepal Airlines Corporation plane that had flown to Beijing on Sunday.

The vaccine is developed by Sinopharm, an affiliate of state-backed pharmaceutical company Sinopharm.

The Department of Drug Administration (DDA) under Nepal’s  Ministry of Health and Population, had approved the Chinese-made ''Vero Cell'' vaccine for emergency use against COVID-19 in Nepal, on February 17.

Following a delay in procurement of Covishield vaccines by the Serum Institute in India, Nepal had suspended the ongoing COVID-19 vaccination drive, My Republica news portal reported.

Nepal has suspended its vaccination drive after inoculating a little over 1.7 million people in two phases until March 15, The Kathmandu Post reported.

Nepal has reported 276,839 cases of coronavirus and 3,027 deaths related to the disease.