Nine deaths too were reported in the past 24 hours 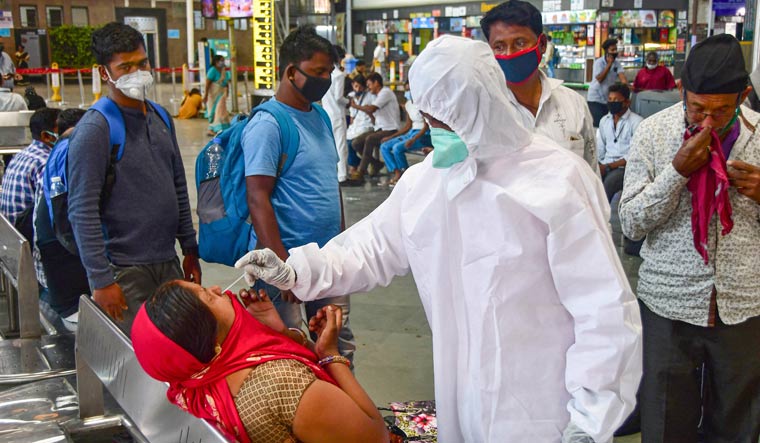 A health worker conducts COVID-19 testing of a passenger at Chhatrapati Shivaji Maharaj Railway Terminus, amid surge in coronavirus cases in Mumbai | PTI

Mumbai, on Friday, reported 5,513 COVID-19 cases, the third consecutive day when the addition has been the highest since the outbreak began in March last year, a BMC official said.

On Thursday the count was 5,504, while it was 5,185 on Wednesday, both of which remained outbreak records for the metropolis at the time.

The caseload in the country's financial capital is 3,85,628, including 11,629 deaths, nine of which took place during the day, the civic official added.

He said Dharavi, among the densest urban settlements in the world, accounted for 58 of the cases reported in the city during the day.

He said the BMC had carried out contact tracing of 24,550 people, and performed 47,504 tests during the day.