Pandemic has shown that no one is safe until everyone is safe: PM Modi 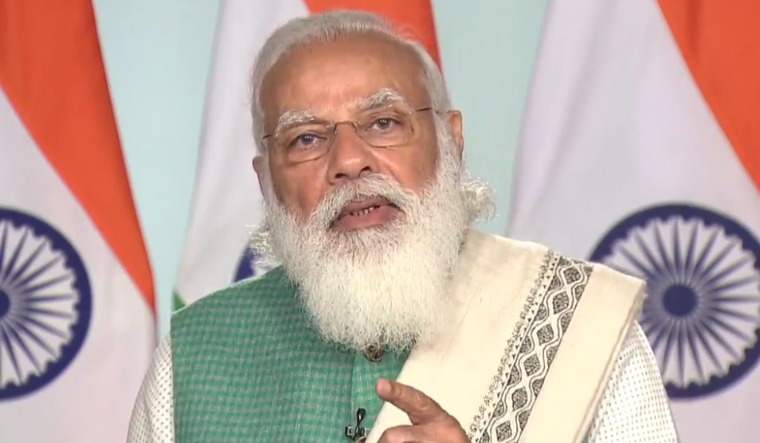 The pandemic has given the world many insights, said prime minister Narendra Modi. It demonstrated how a virus can spread so rapidly around the world, it showed how the world can solve a problem together. Speaking at the inauguration of the first international conference of the Coalition for Disaster Resilient Infrastructure (CDRI), the prime minister added the pandemic has also shown that no one is safe until everyone is safe.

Both Modi and Boris Johnson, prime minister of the co-chair country, the UK, in their addresses, elaborated that with climate change a reality, the world needs to adapt quickly to its impacts and make infrastructure—from schools and hospitals to roads, bridges and power grids—more resilient to the damaging effects of climate change events. As Modi pointed out, the damage expresses itself in many ways. There is the direct damage when a school or bridge is destroyed. There is also the longer, indirect impact, when children are denied an education because of the damage.

Modi said no technological system must be considered too basic or too advanced when working out resilient technology. He said the world must harness the cutting edge knowledge available from geospatial technology, artificial intelligence and data sciences and combine these with local knowledge. He said disaster resilience must become a mass movement. The CDRI must embody the central promise of the Sustainable Development Goals—which is to leave no one behind. The particular focus is on small island developing nations and the prime minister said that they should be given easy access to all technological knowhow and assistance that they require. He said the world needed to take stock of two infrastructure structures that were in focus during the pandemic—health and digital infrastructures—and see how these can be made more resilient. He spoke for the need of modern materials for construction, and new R&D, too. Johnson said the UK had begun investing in resilient infrastructure a decade ago, and had already put in £5.2 billion into this exercise, and thus had a lot of knowhow and that it is keen to help countries learn to adapt.

The CDRI is the second multilateral organisation to be promoted and headquartered in India in recent years, after the International Solar Alliance. India is the permanent co-chair, the other-co chair is selected on a rotational, two-year term. With the UK as the first co-chair, the two countries have taken their climate change diplomacy further. The UK is also host of the 26th conference of parties (COP) of the United Nations for climate change. The event will be held in Glasgow in November.