Message to BJP? Mamata to fight election from Nandigram 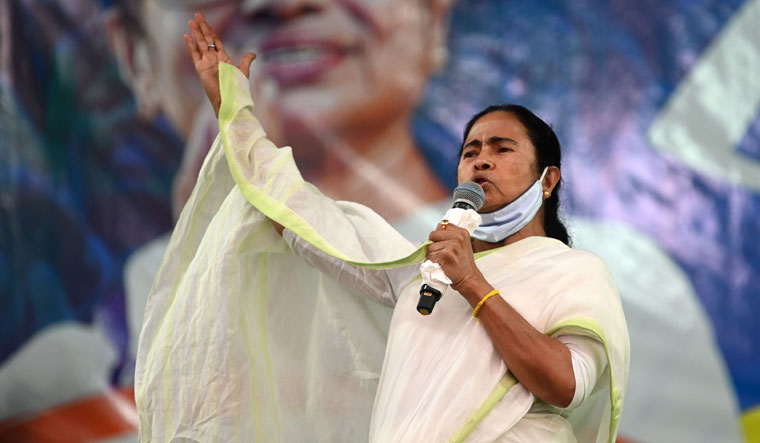 Mamata announced she would contest from the Nandigram seat, which was won by Suvendu Adhikari in 2016. Suvendu, who was a minister and aide of Mamata, joined the BJP in December. While he has not been announced as candidate for Nandigram by the BJP, Suvendu has been keen on fighting from there. On Thursday, Suvendu boasted he would defeat Mamata by at least 50,000 votes in Nandigram.

Mamata was quoted by The Times of India as saying, "I am going to Nandigram on 9th March. On 10th March, I will file the nomination at Haldia." In January, Mamata had hinted she could fight from both Nandigram and her constituency of Bhabanipur.

Senior ministers Amit Mitra and Purnendu Bose are not contesting, though they could return via the Legislative Council, if the Trinamool Congress wins the coming Assembly polls.

The Trinamool Congress announced leaders above 80 years of age would be dropped. Mamata said the party dropped over 20 MLAs from contesting. The list of TMC candidates would include 50 women, 42 Muslims, 79 scheduled caste and 17 scheduled tribe candidates.

Showing her determination, Mamata said, “Have faith in me, only TMC can take Bengal to new heights.” She rubbished the BJP’s plans, stating, “[Home Minister] Amit Shah, [Prime Minister] Narendra Modi can send as much force they want; still TMC will win Assembly poll.”

Nandigram has been a place of historic importance in the rise of the Trinamool Congress. The party orchestrated protests in the region in 2007 to oppose an industrialisation project there. The agitations in Singur and Nandigram played a significant role in boosting popularity of Mamata Banerjee and the Trinamool Congress and paved the way to ending nearly four decades of CPI(M) rule in 2011. Suvendu Adhikari was one of the 'architects' of the Nandigram agitation.