In November, an MNS leader had given an ultimatum to the shop to change its name 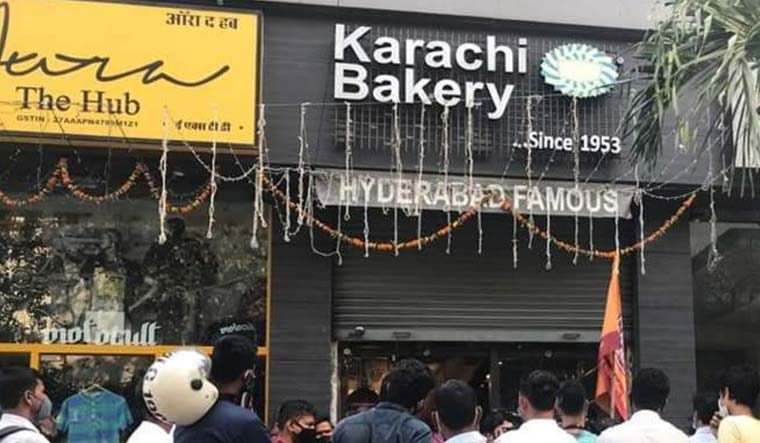 The outlet of the famous Karachi Bakery in Mumbai's Bandra shut down recently. Haji Saif Shaikh, a vice president of the MNS, appeared to take credit for the closure in a tweet on March 1.

Shaikh tweeted, "After massive protest on Karachi Bakery for its name #Karachi led by Vice President of MNS - @mnshajisaif karachi bakery finally closes its only shop in Mumbai."

Shaikh and his supporters had caused a ruckus outside the Karachi Bakery outlet in Bandra in November, demanding the owners change its name, which they alleged was "anti-national" and "unpatriotic". The Karachi Bakery business was started by a Hindu refugee from Karachi, who fled from Pakistan during Partition and settled in Hyderabad.

The Times of India on Wednesday quoted Shaikh as saying, "I did not ask Karachi Bakery to shut business. But our soldiers are being killed on the border. Every day, we receive news of skirmishes with Pakistan. So I gave a 15-day ultimatum to either change the name, or the spelling. I said spell it Karachee. They replied saying the name reflects their age-old ties to their native city. Today I am happy.”

Interestingly, Sandeep Deshpande, another MNS leader, tweeted on Wednesday the claims by Shaikh were not in an official capacity of the party.

However, the bakery's manager, Rameshwar Waghmare, denied the move to close it was linked to pressure from the MNS. Waghmare told The Times of India on Wednesday, “We shut shop after the old lease agreement lapsed. Our landlord had been demanding a higher sum as rent which was unviable for us. The lockdown had already caused business volumes to drop.”

Referring to the MNS, Waghmare added, "There was no reason to capitulate by changing our name. The bakery was a legitimate business with all valid licences and approvals. Our decision is based on business factors. Let others take credit for it if they wish."

In November, another bakery in Mumbai with a 'Pakistani connection' was targeted. Shiv Sena leader Nitin Nandgaokar asked the Karachi Sweets outlet in Bandra to change its name, saying the party had "objection to the name".

In February 2019, days after the suicide bomb attack in Pulwama killed over 40 CRPF men, a mob gathered outside a Karachi Bakery outlet in Bengaluru's Indiranagar and demanded its name be changed. After the protest, the staff covered the portion of its name board that said 'Karachi'.