Rahul a 'migrant leader' who took shelter in Kerala after Amethi rejection: BJP 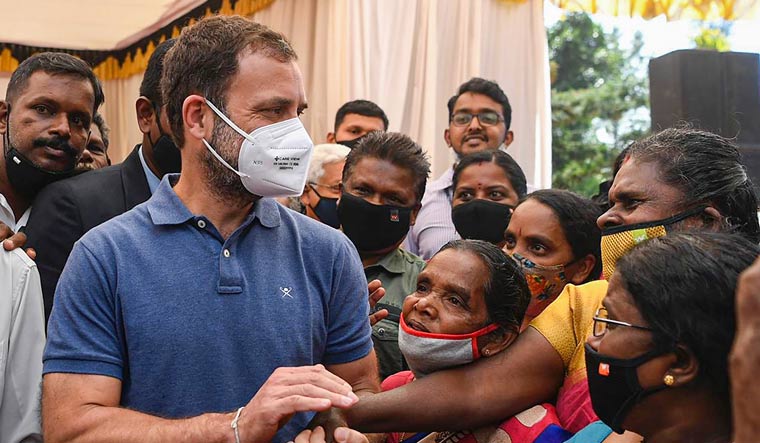 The BJP on Tuesday attacked Congress leader Rahul Gandhi, calling him a "migrant leader" who has taken "shelter" in Kerala after being rejected by people of Amethi, once a stronghold of his family.

Targeting Rahul, who represents Kerala's Wayanad seat in the Lok Sabha, on the Sabarimala women entry issue, senior BJP leader and Union Minister Pralhad Joshi claimed that the national leadership and state leadership of the Congress have taken two different stands on the matter.

He urged Rahul Gandhi to clear his position on the issue of faith.

In a bid to woo Christian votes in the state, Joshi, who is the party's election in-charge for Kerala, also cited the "appeasement of Islamist fundamentalists" by the Congress and ruling Left in the state while raking up the issue of conversion of the Hagia Sophia church into a mosque in Turkey.

In this context, he cited the statement of a leader of the Muslim League, a key Congress ally, reportedly favouring the Turkish President Reccep Tayyip Erdogan's controversial decision.

Addressing a press conference in Thrissur to highlight the preparations for the BJP's 'Vijay Yatra' from Kasargod on February 21, Joshi claimed Rahul Gandhi was a migrant leader who did nothing for the development of Amethi constituency in Uttar Pradesh despite being elected thrice from there.

"There was no development. In fact, there was no X-Ray machine in the public health facility in his constituency," Joshi alleged.

He said after being rejected by the people there, Rahul Gandhi has now taken "shelter" in Kerala and claimed people of the state will also understand that by supporting Congress party, they are not going to gain anything.

On the Sabarimala issue, the BJP leader alleged Rahul Gandhi supported the Supreme Court verdict granting entry to women of all age groups into the ancient hill shrine. However, the state leadership of the Congress took a different stand on the matter, he said.

This shows that they have no commitment towards Hindu sentiments, Joshi alleged.

"So far, Rahul Gandhi has not uttered a single word on Sabarimala. I challenge Rahul Gandhi... what is your stand on the issue? You clarify your stand," he said.

The BJP leader also attacked the ruling CPI(M) in Kerala and the previous Congress-led UDF government, alleging both had failed to address the issues of the people.

"We will expose the failures of the LDF government and previous UDF government. Both the LDF and the UDF have failed miserably," Joshi said.

Senior party leader and Union Home Minister Amit Shah will attend the yatra when it reaches Thiruvananthapuram on March 7, he added.