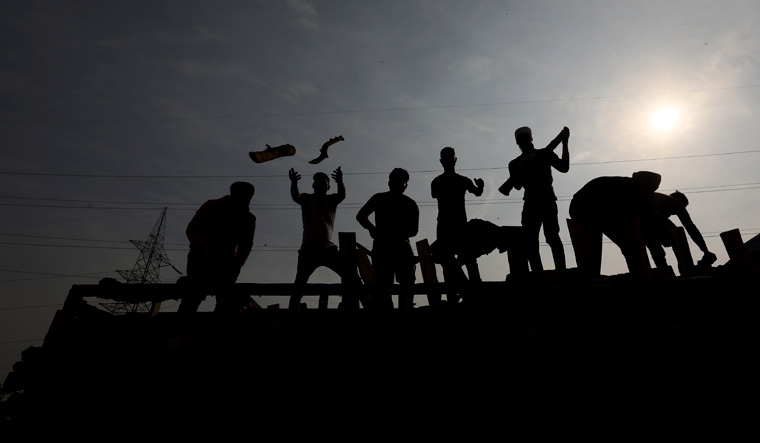 A circular issued by the Bihar police that apparently warns those aspiring to get government jobs or contracts against participation in demonstrations has triggered a political spat in the state.

The opposition hit the roof and likened rulers of the state to Hitler, Mussolini and Kim Jong-Un, though the department came out with a clarification that the controversy was stemmed from "wrong interpretation" of a paragraph in the missive that ran into many pages.

Trouble began with a two-page order of the DGP dated February 01 which was appended along with a circular issued by the states Additional Chief Secretary (Home) Amir Subhani and shared by the police headquarters with the media.

Subhanis circular, which was also two pages long, was addressed to the DGP, all heads of department in the state and Divisional Commissioners and District Magistrates concerned.

Subhani had called for compulsory prior verification of character of vendors before they were awarded any government contracts in order to ensure that those with criminal antecedents were kept at bay.

Based on the circular, DGP SK Singhal came out with the order, in Hindi, regarding "police verification report". A five-line paragraph, in bold letters, caught the attention.

Roughly translated, it said "any person who gets involved in road blockades, protest demonstrations or other activities that affected law and order and against whom the police issues a charge-sheet for involvement in a criminal activity, must be awarded an adverse entry in character verification certificate".

"Such people must be prepared for dire consequences since they would stand deprived of government jobs and contracts", the order added.

Leader of the opposition Tejashwi Yadav shared a screenshot of the order on his official Twitter handle and attacked Chief Minister Nitish Kumar betraying a mix of outrage and mockery.

"Nitish Kumar competes with Mussolini and Hitler and says whoever exercised the democratic right to stage a protest against the ruling dispensation will not get a job.....how scared is the poor chief minister of 40 MLAs", the RJD leader tweeted, making a tongue in cheek reference to the poor performance of the JD(U) in the recent assembly elections.

He also shared a news item related to the order which carried an old photograph of the 69-year-old CM pointing an angry finger at prying journalists and remarked "the decree of Bihars Kim Jong-Un".

However, when ADG (Headquarters) Jitendra Kumar was asked about the controversy, he said "it is a wrong interpretation. The order does not debar anybody from getting a government job. It simply states that involvement in any objectionable activity will henceforth find a mention in the police verification report".

"It will be upto the prospective employers to take a call on awarding contracts or giving employment, in light of their respective policies. Our communication in no way impinges upon the right of a citizen to take part in any demonstration or procession, which is his or her democratic right", the ADG said.

"We shall be simply stating the fact of a persons involvement in an activity that might be against the law. We will be giving no opinions about a person in the police verification report", he added.

JD(U) MLC and former minister Neeraj Kumar, known for his frequent spats with the RJD leader, came out with an angry statement calling Yadav a "political tourist" - an allusion to his frequent and prolonged trips outside the state.

Referring to the RJDs alleged notoriety for having dreaded criminals among its rank and file, the former Bihar minister asked whether Yadav wanted people with tainted backgrounds "to infest the executive as well".