Hindus, Muslims of western Uttar Pradesh have realised that they had been befooled 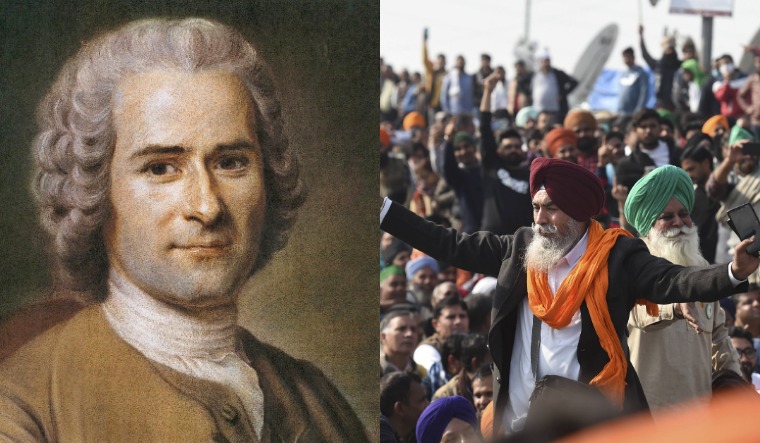 On Monday, I was informed by a friend, who lives in a village in Meerut in western Uttar Pradesh, that thousands of farmers with their tractors have gone from his area to join Rakesh Tikait and the agitating farmers assembled at the Ghazipur border near Delhi.

After the Muzaffarnagar riots of 2013, many Hindu farmers of Meerut, Muzaffarnagar and other western UP districts had become polarised on religious lines, and the Hindus had become strong supporters of the BJP. Now, these very same Hindu (and Muslim) farmers have become fervent opponents of the BJP and strong supporters of the farmers' agitation. How did this happen?

To answer this, I want to explain the theory of the great French philosopher Jean-Jacques Rousseau (1712-1778), whose humble disciple I am.

To give an example, Germans are very good people (every German I met was a fine person). But during the Nazi era (1933-1945), by Nazi propaganda, many Germans became haters of Jews, on whom they committed horrible atrocities.

In India, due to the wicked divide-and-rule policy and false propaganda of our British rulers (see History in the service of Imperialism by B.N. Pande and my article The Truth about Pakistan), many Hindus and Muslims started hating each other, and committed horrible deeds against each other.

However, as Rousseau pointed out, this hatred cannot last long, and the time will come when people will realise that they were befooled.

Now, the Hindus and Muslims of western Uttar Pradesh have realised that they had been befooled into thinking that they were each others' enemies. The farmers there, whether Hindus or Muslims, have the same problem of not getting adequate remuneration for their agricultural produce, and it is only by joining hands in a united struggle that they can secure their demands.

Similarly, people in the Indian subcontinent, which was partitioned in 1947 on religious lines, are now gradually realising that the two-nation theory was bogus. The people in India, Pakistan and Bangladesh have the same problems of massive poverty, massive unemployment, appalling level of child malnourishment, lack of proper healthcare and good education for the masses, sky-rocketing prices of food and fuel and so forth. So, to combat these problems, it is inevitable that they will one day reunite.

Rousseau is being proved right.