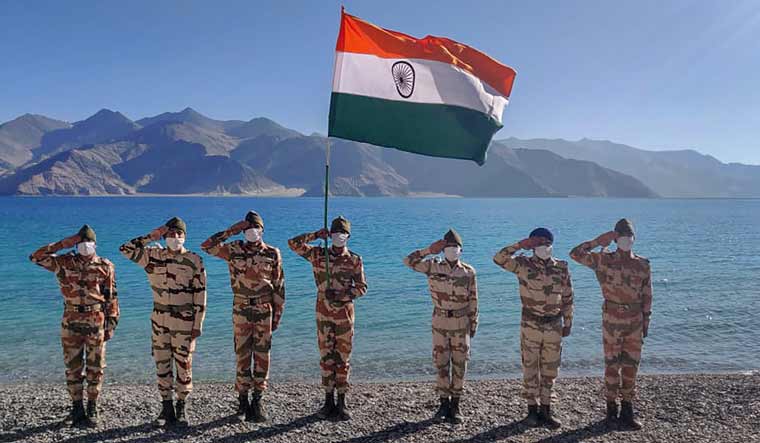 A military delegation from India and China will meet today, more than two-and-a-half months after the last round of talks, to speed up peace along the turbulent LAC (Line of Actual Control), The Indian Express reported. The publication quoted sources to claim that XIV Corps commander Lt General P.G.K. Menon and South Xinjiang Military Region commander Major General Liu Lin will meet in Moldo on the Chinese side of the LAC near Chushul.

The eighth and last round of military talks between the two sides had taken place on November 6 during which both sides broadly discussed disengagement of troops from specific friction points. India has all along been maintaining that the onus is on China to carry forward the process of disengagement and de-escalation at the friction points in the mountainous region.

In a clear message to China, Chief of Army Staff Gen M.M. Naravane had said that India is committed to resolve the eastern Ladakh standoff through talks but no one should make any mistake of testing its patience.

Defence Minister Rajnath Singh had also said that India will not reduce the number of troops unless China initiates the process. The defence minister also said India is developing infrastructure in border areas at a "very fast rate", adding China has objected to some of the projects. "Reduction in the number of troops won't happen. India won't reduce troops deployment unless China initiates the process," he had told TV news channel Times Now in an interview.

Following the sixth round of military talks, the two sides had announced a slew of decisions including not to send more troops to the frontline, refrain from unilaterally changing the situation on the ground and avoid taking any actions that may further complicate matters. It was held with a specific agenda of exploring ways to implement a five-point agreement reached between External Affairs Minister S. Jaishankar and his Chinese counterpart Wang Yi at a meeting in Moscow on September 10 last year on the sidelines of a Shanghai Cooperation Organisation (SCO) conclave.

The pact included measures like quick disengagement of troops, avoiding action that could escalate tensions, adherence to all agreements and protocols on border management and steps to restore peace along the LAC.