OPINION: 'Tandav' in a teacup!

For all practical purposes, some of us seem to have mutated into fundamentalists 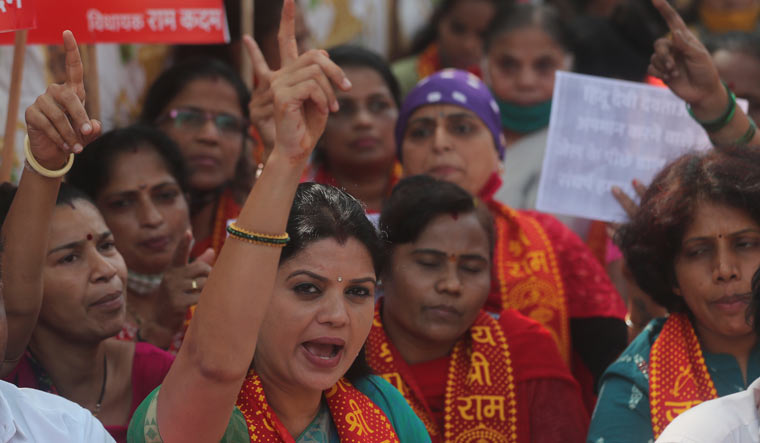 A forgettable serial has re-booted controversy with a communal tinge – as if we did not have other things to worry about. It’s quite possible that you may not get offended with what you see. But that doesn’t prevent you from feeling outraged – for how dare ‘they’ make it in the first place. So you are either plonked in the pro or anti-Tandav camp. There are few middle-grounders these days and it seems even making casual conversation about matters of faith is, as P.G. Wodehouse would have put it, like looking for the leak in a gas-pipe using a lighted candle. People who you thought were moderate and level-headed – people you counted as friends have not just turned tetchy, they seem to revel in their new-found fervour. What’s come over us? For all practical purposes, some of us seem to have mutated into fundamentalists under our skins.

This closet variant is even more toxic than the ones who wear their bigotry on their sleeves. You won’t catch them throwing stones at places of worship other than their own but their prejudices are at work unobtrusively, insidiously. Many of them nurture the unexpressed belief that their chosen God is markedly superior (‘New, Improved!’) to others. Ergo, they themselves are a cut above the rest. While they will tolerate no light-hearted comments about their own practices, they are not above the snide remark or the condescending glance at the oddball rituals of others. And let’s face it, every faith has a handful of those.

Speaking solely for myself, I am too lazy for knee-jerk responses to controversy. I have always been rather skeptical of the arrogant assumptions of faith and the somewhat insolent idea that a single system of belief has all the answers. Also, the more ostentatious practices of religion remind me of Stanislavski’s Method School of Acting, where you keep practicing certain gestures, hoping to generate the required emotion (I always wonder why God can’t see through the pantomime). Such excesses of piety are usually the first step on the slippery slope to bigotry, and soon you will be so busy with God that you will have no time for your fellowmen. But then all this is just my own biased and profoundly ill-informed view, and I cannot let my truth deny yours.

Trouble starts when you are overzealous about your religion, and the other fellow decides that he had better be overzealous too, lest his God feel left out (we are adept at transferring human insecurities to our deities).  Before we know it, we have got a divinity Derby going. Competition will do to faith what it has done to the economy – shift attention to the packaging rather than the product. So we can expect a procession longer than the other, a taller pennant, louder cymbals, longer prayers and yes, a lower tolerance threshold for books, paintings, cartoons, films and serials that may depart from the straight and the narrow.

A friend of mine once told me that although a conservative Brahmin by birth, he used to be okay with eating the odd tandoori chicken. But one day, he found a colleague scrupulously avoiding meat that was not halal. My friend then got thinking. If his colleague could be so steadfast, surely he owed it to his own faith to demonstrate his allegiance. He promptly struck chicken tandoori off his menu for life.

It’s not just the chicken that he was missing out on. There is a lot in the rainbow of life that is denied to us when we adopt a rigorous (dare I say, ‘blinkered’) approach.  It is ultimately a broad, all-encompassing stance which opens windows all around us. But even well-meaning people can let prejudices to seep into our system. Here then is a quick test to find out your actual secular quotient. Ask yourself who your favourites are from different fields. Best loved actor, singer, poet, cricketer or public personality. If for one reason another, the majority of them belong to your own community or region, I am afraid your secular quotient is running low. The solution is simple, and entirely up to you. Step out of the mental boundary lines that you may have unconsciously drawn for yourself and deliberately cultivate heroes role models from farther afield. You will discover riches you did not existed.

In the pressure cooker atmosphere we live in, perhaps it is time we stepped back and re-played in our minds the beautiful words of Dr John Sentamu – the first Black African archbishop of the Church of England. Addressing his flock, he had said: “We have lost the joy and power that makes real disciples and we've become consumers of religion….” He urged them therefore to: “…go and make friends among Buddhists, Hindus, Jews, Muslims, Sikhs, agnostics, atheists, not for the purpose of converting them to your beliefs but for friendship, understanding, listening, hearing.”

Centuries ago, Leigh Hunt had put much the same sentiment into poetry. His Abu Ben Adhem did not make it to the angel’s short list of the people who loved God the most. That list would have contained the usual suspects - fundamentalists of all stripes, the intolerant, and the assertive champions of the ‘my way or the highway’ strain of religion…. But he consoled himself by loving his fellowmen, and as we all know when the angel reappeared with a more relevant roll call – a list of those whom God had blessed, sure enough, Adhem’s name was right on top.

That’s the way to go, I feel. And if none of this works, heaven help us.