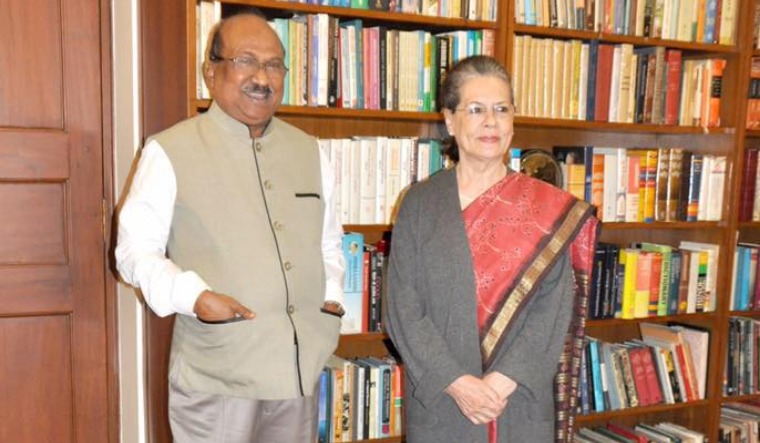 Senior Congress leader and former Union minister K.V. Thomas has put an end to talk that he would quit the party. Amid speculation that he would contest as a Left Democratic Front Candidate, Thomas on Friday clarified he will not leave the party.

The veteran has been sulking ever since he was denied a ticket to contest in the last Lok Sabha election. He was also not given any key party post.

“Sonia Gandhi had called, she has directed to meet party central leaders at Thiruvananthapuram on Saturday,” Thomas told Manorama News. He also said he would abide by Sonia's directives and informed that former chief minister Oommen Chandy and leader of opposition Ramesh Chennithala had also talked to him.

Thomas had earlier held several rounds of talks with the CPI(M) leadership, sources indicated. He also has several personal ties with those in the Left camp and the BJP. Both have also been frequenting Kumbalangi, Thomas's native place, and accepting his hospitality.

Earlier, Congress chief Sonia Gandhi had assured him a suitable post after he was side-lined during the 2019 Lok Sabha polls. Thomas had requested for the post of either AICC general secretary, UDF convener or KPCC working president. But during the subsequent KPCC rejig, he was not recommended for the post of working president from Kerala. Instead, the party brass recommended that the high command should decide on it.

This was part of a ploy not to name anyone as both groups of the party had submitted other names for the post of the working president. But the AICC too did not budge as the Kerala leadership did not give a clear directive.

Another suggestion before Sonia Gandhi was to put Thomas in charge of the KPCC media campaign committee after K. Muraleedharan resigned from the post. But Thomas refused to take up the responsibilities of the party's Jai Hind channel and Veekshanam newspaper.