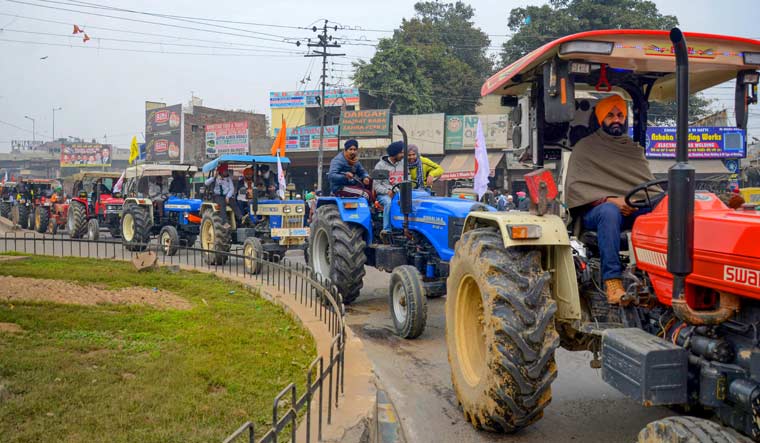 The Delhi Police on Saturday gave permission to the proposed tractor rally of farmer unions protesting against the three agriculture reform laws, in the national capital on January 26.

The decision came a day after the eleventh round of talks between the protesters and the government failed to break the impasse over the contentious laws. After the meeting, the union leaders had said they would go ahead with the tractor parade.

The tractor parades will start from the Ghazipur, Singhu and Tikri border points of Delhi, but details will be finalised tonight, farmer leader Abhimanyu Kohar said after attending a meeting between the unions and the police.

Farmer leader Darshan Pal said that barricades set up at Delhi border points, will be removed on January 26 and farmers will take out tractor rallies after entering the national capital.

During a meeting between farmers and Delhi Police on Friday, the officers had requested the union leaders to hold the tractor rally outside Delhi, citing security reasons. However, the agitators stuck to their stand and told the police that it is the government's responsibility to maintain peace.

Thousands of farmers from Punjab and Haryana have been camping at Delhi's borders for several weeks, demanding the repeal of the farm laws and a legal guarantee on the minimum support price for crops.

However, the protesting farmers have expressed their apprehension that the new laws would pave the way for eliminating the safety cushion of MSP and do away with the "mandi" (wholesale market) system, leaving them at the mercy of big corporates.