India's dependence on weapons from outside creates vulnerability during crisis: Army chief 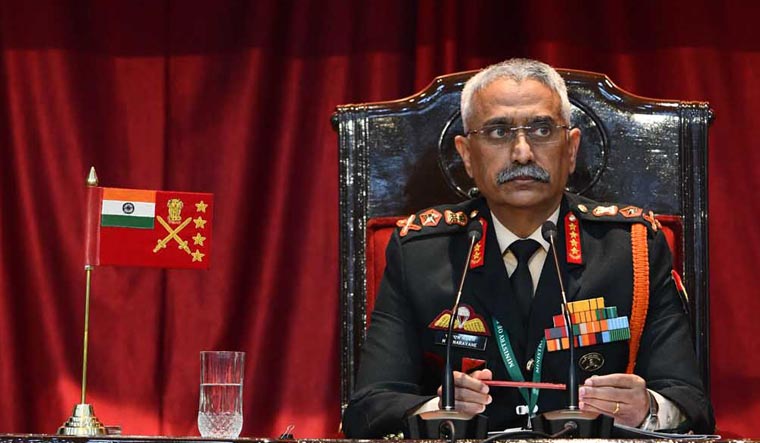 Admitting the slow pace of modernisation of India's defence forces compared to its adversaries, Army Chief General M.M. Naravane, on Thursday, said India's dependence on weapons and ammunition from abroad  creates vulnerability during times of crisis. While adding that Indian Army is committed to procuring locally made weapon systems, General Naravane said, "But one cannot afford to have operational voids when the enemy is at the gate."

Speaking at a webinar organised on the occasion of 25 years of Army industry (private) partnership, the Army chief said the year 2020 was a unique one with twin challenges of COVID-19 pandemic and the "belligerence on the northern borders". "The events of the past year have brought to the fore the vulnerability of global supply chains, underscoring the need for self-reliance," General Naravane said, while adding that considering the quick pace of defence modernisation being undertaken by India's adversaries, the country is lagging behind slightly. "Continuous and heavy dependence of Indian armed forces on equipment of foreign origin needs to be addressed through indigenous capability development," he said.

At the event, an MoU between the Indian Army and Society of Indian Defence Manufacturers (SIDM) was  signed to provide further impetus to indigenisation and to achieve strategic independence by reducing dependence on foreign origin equipment. Collaboration between the Indian Army and industry started in 1995 with the indigenisation of spares, and has progressed to major defence platforms and a wide range of weapons and equipment.

"Today, self-reliance in defence has become a strategic necessity. It is imperative for us to invest in building long term indigenous capabilities for application across the entire spectrum of conflict," the Army chief said, while adding that the niche technologies, including artificial intelligence, autonomous unmanned systems, long range precision technology, quantum computing, swarm drones need to be acquired and absorbed as part of our deliberate and continuous process.

On the occasion, DRDO Chief G. Satheeh Reddy said there will be tremendous increase in defence exports from India in the next four to five years. "Within next four-five years, this country will have a lot of indigenous content in the Indian armed forces, and we will be seeing tremendous amount of increase in exports," Reddy said.

The Army chief further said increasing security challenges due to India's rising stature in the international community, apart from unresolved borders and revisionist adversaries require continuous and concerted capability building of the Army through modernisation to address them. This can be done by equipping the Army with indigenously built equipment.

"Dual requirement of fast-tracking modernisation and simultaneously promoting self-reliance are indeed the challenges and objectives of a developing nation," General Naravane stated.