Congress questions Modi govt over pricing of vaccines; asks who will get vaccine for free

Party asks if backward castes, underprivileged would get vaccine for free 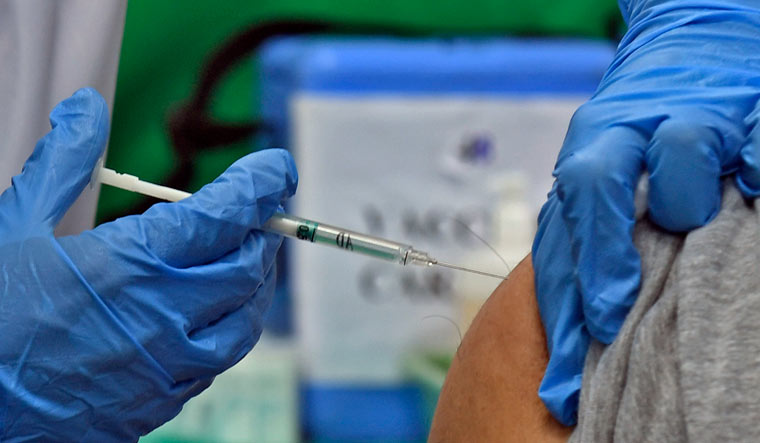 The Congress, on Sunday, raised questions over the pricing of the Coronavirus vaccine, accusing the Modi government of being opaque on the issue. The party also asked the ruling dispensation to come clean on how many people will get the vaccine free of cost, and which categories of people will be amongst the beneficiaries.

Quoting drug controller V.G. Somani, AICC communications department head Randeep Surjewala said the Centre has ordered 165 lakh doses of COVID-19 vaccine, and at two doses per person, this would cover only 82.50 lakh people, and pointed out that the government has said it will cover three crore people in the first round of vaccination.

“Prime Minister Narendra Modi and his government are refusing to answer as to how will the remaining population of India, which is 135 crore citizens, get the Coronavirus vaccine as also whether the vaccine will be free for them,” he said.

Surjewala asked if the backward castes and the underprivileged would get the vaccine for free. He also referred to Finance Minister Nirmala Sitharaman promising free vaccine to the entire population of Bihar as part of the BJP's manifesto in the run-up to the assembly elections.

He recalled that on October 31, 2020, the prime minister assured the nation that everyone will get the vaccine, and on January 2, 2021, Health Minister Dr. Harsh Vardhan promised free vaccine and later backtracked. “Now, the Modi government is refusing to commit as to who will and who will not get free Corona vaccine,” he said.

The Congress has also raised questions on the pricing of the vaccine. It said AstraZeneca has committed to supplying its vaccine at no profit. The same vaccine, Surjewala said, is being supplied at Rs 200 per dose to the government, while Belgium's minister Eva De Bleeker has said the vaccine is being provided to them at Rs 158 per dose.

Further, Surjewala said Bharat Biotech's Covaxin is being supplied at Rs 295 per dose to the government despite the fact that it has been developed in partnership with the Indian Council of Medical Research (ICMR). He also pointed out that the vaccine has been approved after conducting trials in Phase I on 375 participants and in Phase II on 380 participants, which is a total of 755 participants, and Phase III trials are still awaited.

He said the Modi government needs to answer why it is paying Rs 95 more to Bharat Biotech for a vaccine that has been developed with the expertise and experience of scientists of government-owned ICMR, and which has only been tested on 755 individuals and is yet to be cleared after Phase III trials.

The Congress also asked why the price of the vaccine is Rs 1,000 per dose in the open market. “When Covishield vaccine is being supplied at Rs 200 per dose to the government by the Serum Institute of India, why should they be permitted to make a 500 per cent profit for off the shelf purchase and profiteering at the cost of the people?” Surjewala asked.

He said the Modi government is duty bound to ensure purchase of all Covishield doses at Rs 200 per dose and enable the people to purchase at this price rather than Rs 1,000 per dose.

He asked if the vaccine has not been put in the National Essential List of Medicine and if the price of Rs 1,000 per dose has been approved by National Pharmaceutical Pricing Authority. “Why is the Modi government not demanding transparency from companies on cost of production, licensing and profit margin?” he said, and asked why the government has permitted export of COVID-19 vaccine.