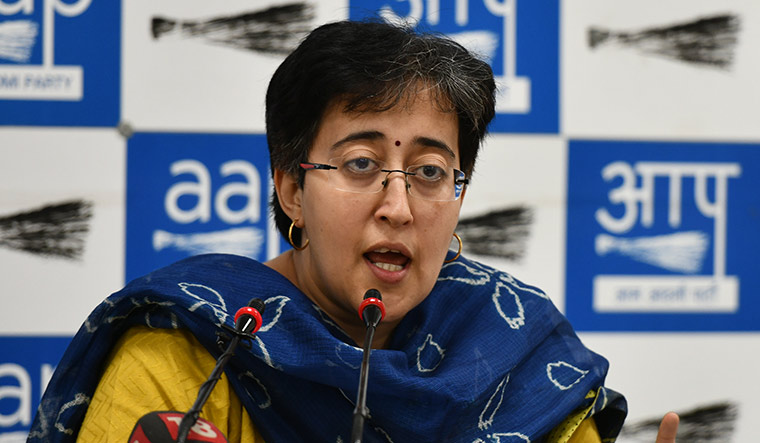 The AAP government and police have told the Delhi High Court that AAP MLAs Raghav Chadha and Atishi Marlena cannot be granted permission to protest outside the residences of Home Minister Amit Shah and Lt Governor Anil Baijal as political gatherings are prohibited by the state disaster management authority, DDMA, till January 31.

Another reason cited by Delhi Police for denying permission to the two AAP leaders was the prohibitory orders issued under section 144 of the Criminal Procedure Code (CrPC) for the entire central Delhi where the two residences are located.

The submissions have been made by the police in its affidavit filed in response to the two AAP leaders' plea challenging the denial of their request for permission to hold protests outside the homes of the Union home minister and the L-G.

The matter was listed on Thursday before Justice Prathiba M. Singh, but no hearing took place as the counsel for the police had sought an adjournment as the proceedings were to be held in a physical court.

The counsel for Delhi Police urged the court to list the matter for hearing via videoconferencing.

In its affidavit, the police has also said that protests in the national capital can only be held at two locations—Jantar Mantar and Ramlila Maidan—which are designated for the purpose and nowhere else.

However, in view of the DDMA notification of September last year, which was extended from time to time and now stands extended till January 31, no political gatherings of any number of persons is permitted in the national capital, police have said in the affidavit.

On December 18, last year the police had told the court that permissions were denied to the two AAP MLAs on the basis of orders passed by the Delhi Disaster Management Authority (DDMA) prohibiting large gatherings in the city in view of the prevailing COVID-19 pandemic.

The police had also told the court that in accordance with a Supreme Court order, it has issued a standing order prohibiting protests and dharnas in residential areas in the national capital.

Both AAP MLAs wanted to stage 'dharnas' outside the residences of Shah and Baijal on December 13, 2020, to protest against the alleged misappropriation of funds by the North Delhi Municipal Corporation, but they were denied permission.

Both were detained by police on December 13, 2020, along with some other AAP leaders, for attempting to protest at the two sites without the necessary permission.

They have sought quashing of the December 12, 2020, decision of Delhi Police rejecting their request to hold a protest outside the residences of Shah and Baijal.

The Delhi Police had rejected their request by citing a November 28, 2020, order of DDMA that prohibited till December 31, 2020, all social, academic, sports, entertainment, cultural, religious, political functions or other gatherings throughout the national capital to prevent the spread of COVID-19.

Additionally, the police in Atishi's case had denied the request on "law and order point of view" and in Chadha's case, on the ground that section 144 CrpC was in force in the area of New Delhi district.