Ahead of TN elections, Nadda may visit at same time as RSS chief Mohan Bhagwat 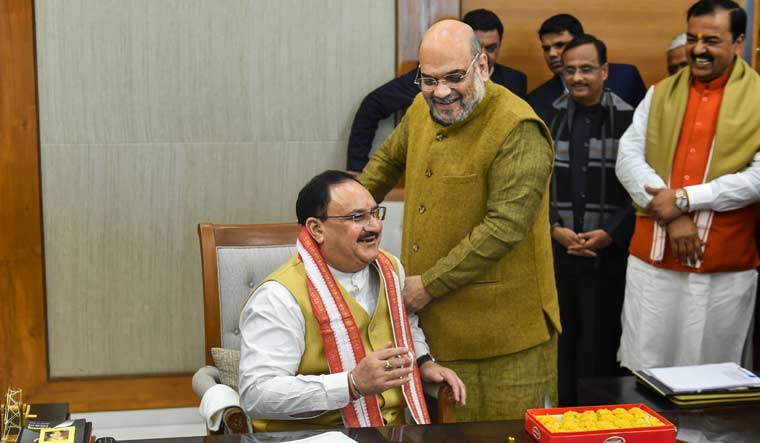 BJP’s master strategist, Union Home Minister Amit Shah, seems to have cancelled his visit to Chennai on January 14. While this was to be his second visit to Tamil Nadu within two months, the change in plans has reportedly upset the office bearers of the ruling party. With elections due in the next four months and the political parties in the state sharpening their election strategies, Amit Shah’s visit was considered crucial. Instead of Shah, BJP national president J.P. Nadda will be in Chennai to participate in the annual day celebrations of Thuglak on January 14, a satirical magazine founded by Cho Ramasamy and run by RSS ideologue and auditor S. Gurumurthy.

Incidentally, at the same time, RSS chief Mohan Bhagwat will also be in Chennai for Pongal celebrations.

A senior leader had earlier said Shah would come for the Thuglak annual day celebrations and would have a slew of meetings with state BJP leaders, in addition to discussing election strategies with senior leaders in the state.

While the BJP is in alliance with the ruling AIADMK party, it has not accepted Edappadi K. Palanisami as NDA’s chief ministerial candidate. Most of the BJP seniors in the state have been maintaining that it is the Delhi leadership of the BJP which will decide on NDA’s chief minister candidate in the state as per the protocol and procedure followed across the country. But, with Shah cancelling his visit and Nadda coming down, the BJP office bearers in the state are expecting that he will guide the party towards an electoral victory.

The AIADMK under Palanisami had already begun its election campaign and one of the major schemes was rolling out Rs 2,500 as Pongal dole for all ration cardholders. BJP’s strategies, banking on Rajinikanth, to face the elections had also boomeranged after the superstar dropped his plans to launch himself politically.

Thuglak’s annual day celebrations have always held importance, during the times of Cho as well as in the years after his death—they are used to send out a strong, political message to the people. Last year, Prime Minister Narendra Modi sent a video message. Superstar Rajinikanth too had been on the dais saying the readers of Thuglak are "intelligent people.”