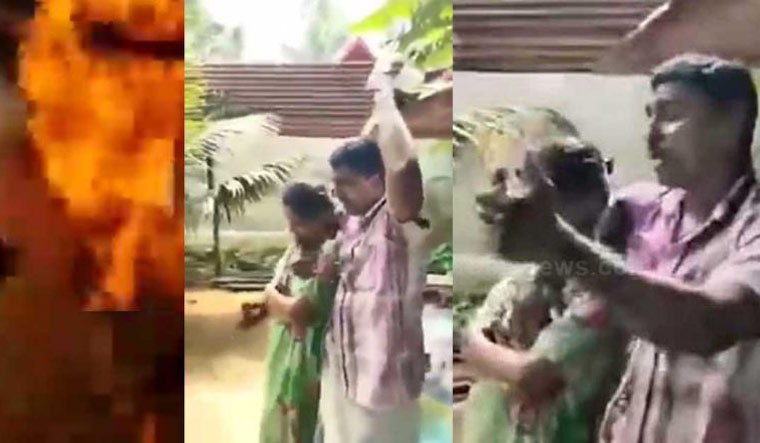 The Kerala government, on Friday, handed over investigation of the recent self immolation incident of a poor couple amidst their attempt to thwart an eviction drive in  Thiruvananthapuram to the Crime Branch.

The couple, Rajan (47) and his wife Ambili (40), natives of Nellimoodu at nearby Neyyattinkara, succumbed to burns at the government medical college hospital in  Thiruvananthapuram after they sustained multiple organ failure on Monday.

Soon after the couple's death, the DGP had asked Thiruvananthapuram Rural SP B. Ashok Kumar to probe the immolation incident and submit a report in the wake of the widespread complaints against police raised by the deceased couple's sons and other family members.

Based on his report, the probe was handed over to the Crime Branch, sources added.

The state government, on Thursday, had decided to provide land, house and financial help of Rs 5 lakh each to Rahul and Ranjith, the teenage sons of the couple.

All necessary help and protection would be extended to them under an appropriate scheme of the women and children's department, an official statement had said.

The death of the couple had triggered a row in the state with opposition parties blaming police for the unfortunate incident, following which the state government immediately announced help for them.

In his dying declaration, the man had blamed the police for the incident.

The video of the couple's sons pleading for help to cremate their father at the disputed land as per his last wish had gone viral on the social media, following which many had offered help to construct a house for them.