Compensation of Rs 4.25 crore has already been paid to victims: Aviation Minister 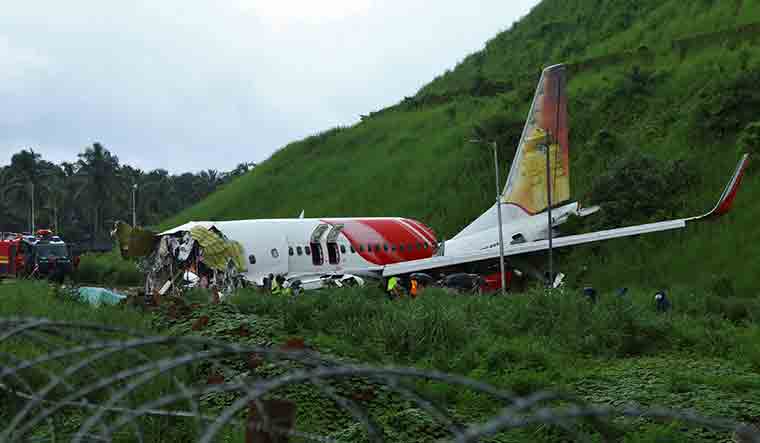 The probe team appointed to investigate the Kozhikode plane crash that left 21 dead in August will complete its findings by the first week of January. Their report will not only fix the responsibility for the disaster but also ascertain the cause of the crash.

On August 7, Air India Express flight IX-1344 (a Boeing 737-NG) from Dubai to Kozhikode overshot the tabletop runway on Kozhikode Airport, falling into a 35-feet deep valley and splitting in two. 21 were killed, including both pilots, and leaving over 100 passengers injured.

ALSO READ: The Karipur mishap shows that we have learnt very little from the past

"The investigation is presently under progress and is likely to be completed within the timelines. We expect a report by the end of the first week of January," minister for civil aviation Hardeep Puri said. As per the terms of reference of the inquiry, the investigation would be finished within five months from the date of the issue of investigation order as per Aircraft (Investigation of Accidents and Incidents) Rules, 2017.

On the issue of compensation, Hardeep Puri added that Air India Express has completed the disbursement of interim compensation to all the passengers and family members of passengers who died in the Kozhikode plane crash. "Total compensation to the tune of Rs 4.25 crores has already been paid," Puri informed.

Meanwhile, Puri indicated that the temporary suspension of India-UK flights can be extended beyond December 31.

"I foresee a short extension on this temporary suspension. I don't see the extension to be long or indefinite. We are monitoring the situation closely and decision will be taken shortly," Puri clarified. Last week, India had suspended all flights from Britain as the new variant of the virus detected in the United Kingdom.

India and the UK operate close to 60 flights in a week by four airlines including Air India, British Airways, Virgin Atlantic and Vistara. Nearly 2500 passengers fly in daily in these flights.

After reports that six people who came from the UK were detected with new Covid strain, Puri said, "We went to November 25 and did contact tracing and genome sequencing of the passengers who had directly or indirectly come from UK."

Explaining the transportation of Covid vaccine, secretary civil aviation Pradeep Singh Kharola said that it is going to be a most challenging task as air transport will play a major rothe le in it. "

All main stakeholders including airlines have been alerted. We are in constant touch with the ministry of health and the Department of Pharmaceuticals to work out its transportation. Exact SOPs to be formulated with the Ministry of Health and Dept of Pharmaceuticals when we know exact details of the vaccine. Detailed SOPs will be laid down."

On the issue of disinvestment of Air India, Kharola said that as of now, multiple 'Expressions of Interest' have been received and the government is scrutinising them. In the next step, after January 5, eligible bidders will be asked to submit a request for proposal.