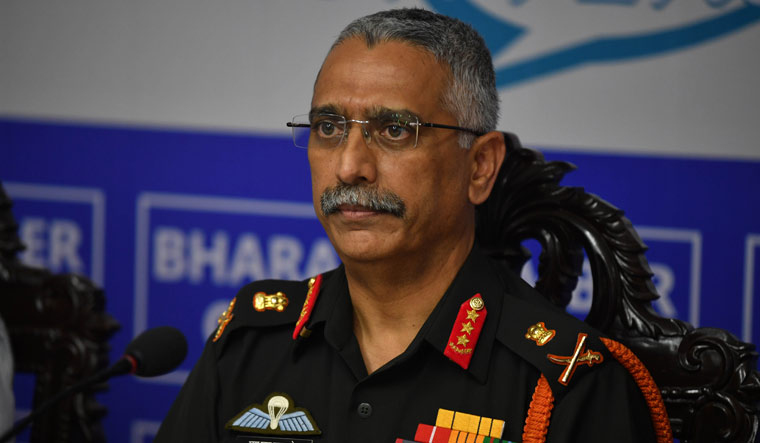 Army Chief Gen MM Naravane on Monday held extensive talks with the top military brass of South Korea as he began a three-day rare visit to the East Asian country to further deepen strategic ties amid mounting concerns over China's military muscle-flexing in the region.

They said the focus of the talks was to further strengthen strategic and defence cooperation between the countries. It is the first-ever visit by a head of the Indian Army to South Korea.

The defence and security ties between India and South Korea have been on an upswing in the last one decade as there have been a growing convergence of interests between the two sides in an array of areas including in the maritime domain.

The East Asian country has been a major supplier of military platforms and weapons to India. Indian policy-makers think there is a huge opportunity to expand cooperation in manufacturing equipment relating to aeronautics, ship-building, electronics and missile technologies.

The South Korean military is considered one of the strongest professional forces globally and it often operates alongside the US troops as well as carry out exercises regularly with American and other regional armed forces.

The major areas of concern for South Korea include increasing Chinese hegemony in the South China Sea and security of sea lines of communication, and the country considers India as a stabilising influence in the Indian Ocean region, said a military official.

The South Korean military keeps its troops at a high level of readiness in view of constant hostilities with North Korea, and policy planners in New Delhi think Indian armed forces can gain substantially from expansion of bilateral military cooperation and exchanges.

Gen Naravane began his engagements by visiting the country's war memorial and national cemetery in Seoul where he paid tributes to the fallen heroes.

"During the first-ever visit of an Indian Army COAS to the Republic of Korea, General MM Naravane COAS interacted with Minister of National Defence, His Excellency Suh Wook and discussed issues of mutual interest and defence cooperation," the Army said in a tweet.

Both sides are signatories to a mutual logistics support agreement for naval cooperation. The pact facilitates the two navies to use each other's bases for repair and replenishment of supplies.

Last month, Gen Naravane travelled to Nepal on a three-day visit that had significant diplomatic overtones.

In October, the Chief of Army Staff, accompanied by Foreign Secretary Harsh Vardhan Shringla, travelled to Myanmar during which India decided to supply an attack submarine to the Myanmar Navy besides agreeing to further deepen military and defence ties.