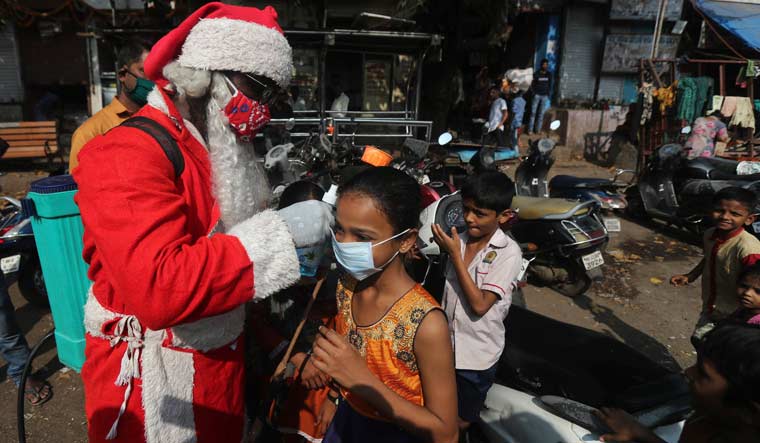 With over 6.5 lakh people spread across 2.5km of land, Dharavi is not only among the most-populated slums in the world, it is among the densest. So, when the coronavirus first made its presence felt in Asia’s largest slum on April 1, many feared the worst: The virus thrives in cramped conditions and the lack of hygiene common to most slums makes the likelihood of spread high.

What happened instead was the city became a beacon of hope in the fight against COVID-19, thanks to a combination of an efficient government response and citizen participation. By July 29, it had just three active cases. And now, as of December 25, it has marked the first day without a single new case since the start of the pandemic.

After recording a single new case on Tuesday, taking the tally in the slum to 3,782, on Christmas Day Dharavi recorded no new cases. So far, 3,464 people have recovered in Dharavi.

Mumbai, meanwhile, had over 54,000 active cases. The worst-hit state in India, Maharashtra has seen over 1.9 million cases in total.

While cases in the slum initially increased, making it a while among the hotspots in Mumbai city, these were later contained by effective test, trace and isolate policies. The success story here was even noted by the World Health Organisation who praised the region as an example showcasing a “strong focus on community engagement and the basics of testing, tracing, isolating and treating all those that are sick”.

India too, has recorded a drop in the number of cases nationally—that have been detected.

The total caseload is now over 1.01 crore with 23,067 new infections recorded in a day, while total recoveries have crossed 97 lakh. India’s death toll increased by 336 to 1,47,092. Less than three lakh cases were active in India.

One reason for the missed cases was that people are contracting the disease without exhibiting symptoms. As early as April, the Health Ministry had warned that 80 per cent of all coronavirus patients were asymptomatic worldwide.

The DST analysis, however, maintained that the pandemic will taper off by February 2021. It also said that the lockdown helped save lakhs of lives.

"Personal protective measures remain crucial. If there was no lockdown, the number of active infections would have peaked at close to 14.7 million, resulted in more than 2.6 million deaths, and the peak would have arrived by June 2020. The number of deaths with the current trends may be less than 0.2 million,"stated a pre-print version of the DST report published in the Indian Journal of Medical Research.