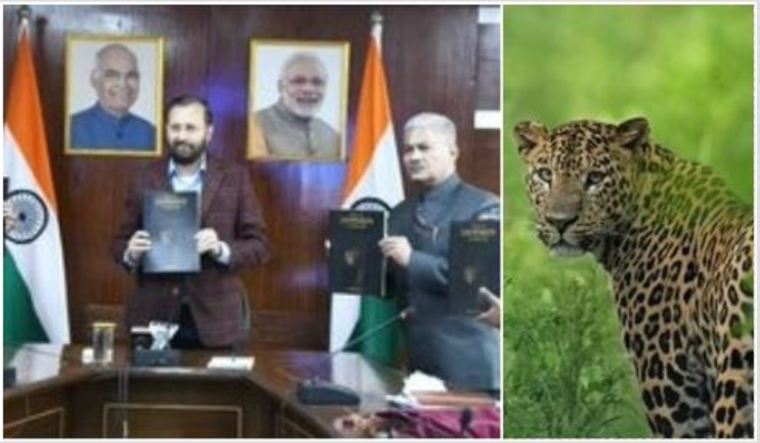 India recorded a 60 per cent increase in the population of leopards, Union Environment Minister Prakash Javadekar announced on Monday. Releasing the ‘Status of Leopard in India 2018’ report in New Delhi, the minister said increase in tiger, lion and leopards numbers over the last few years is a testimony to the conservation efforts and of the fledgling wildlife & biodiversity of the country.

India now has 12,852 leopards as compared to the previous estimate of 7910 conducted 2014. The States of Madhya Pradesh, Karnataka and Maharashtra recorded the highest leopard estimates at 3,421, 1,783 and 1,690 respectively.

Speaking on the occasion, Javadekar remarked that monitoring of the tiger in India has clearly shown its umbrella role in the ecosystem, which has shed light on other charismatic species like the leopard.

“India's world record tiger survey also estimated the population of leopards and the tiger range was found home to 12,852 (12,172-13,535) leopards. They occur in prey rich protected areas as well as multi-use forests. A total of 5,240 adult individual leopards were identified in a total of 51,337 leopard photographs using pattern recognition software. Statistical analysis estimates the leopard population at - 12,800 leopards within the tiger's range,” said a statement issued by ministry of environment, forest and climate change.

“The leopard was estimated across forested habitats in tiger range areas of the country but other leopard occupied areas such as non-forested habitats (coffee and tea plantations and other land uses from where leopards are known to occur), higher elevations in the Himalayas, arid landscapes and majority of North East landscape were not sampled and, therefore, the population estimation should be considered as minimum number of leopards in each of the landscapes,” it said.

The ministry claimed that the tiger has not only served as an umbrella species but even its monitoring has helped evaluate the status of other species, like the leopard.