Kailash Vijayvargiya was scheduled to attend the protest, but the crowd was dispersed 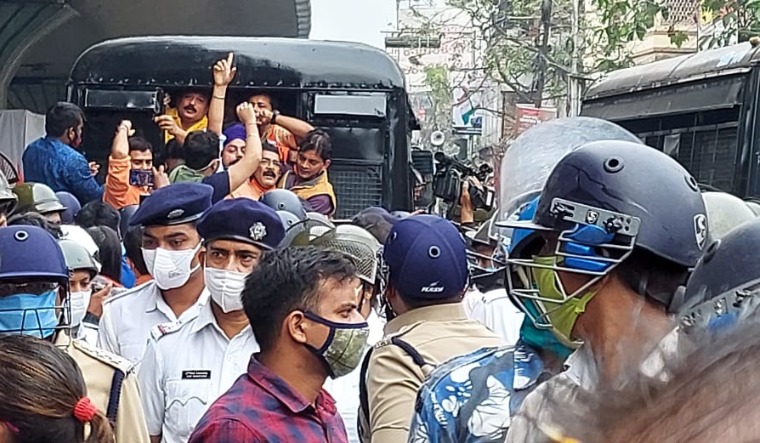 BJP workers clashed with the police on Thursday after they were stopped short of the under-construction Majerhat Bridge in the southwestern part of Kolkata.

The police erected barricades at Taratala More to prevent the saffron party cadre from marching towards the construction site, following which they staged a protest against the delay in completing the bridge.

BJP activists pelted the law enforcers with stones, following which they resorted to mild lathi-charge to disperse the crowd, a police officer said, adding several members of the saffron party were detained.

BJP national general secretary Kailash Vijayvargiya was scheduled to attend the protest rally but the police dispersed the crowd before he could arrive at the spot, party sources said.

The Majerhat Bridge, a portion of which collapsed on September 4, 2018, killing two persons, was demolished and a new cable-stayed bridge is being constructed, which is expected to be thrown open to the public early next month.