BJP a party of lies, it has no place in West Bengal: Mamata Banerjee

Bengal would not accept any outsiders, she said 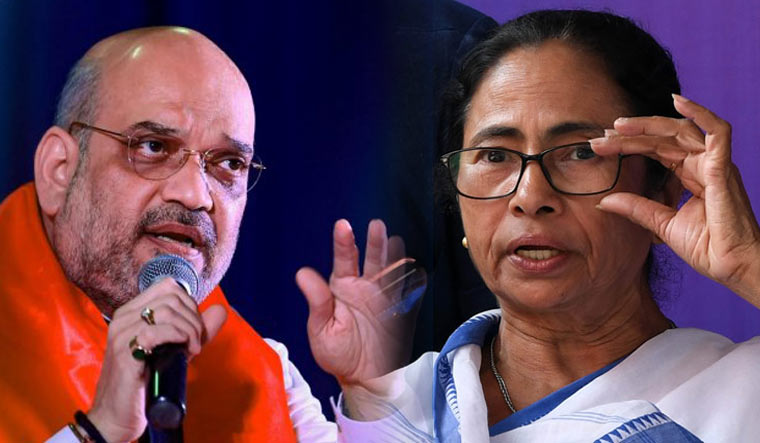 West Bengal Chief Minister Mamata Banerjee lashed out at Union Home Minister Amit Shah in the presence of senior administrative officers of the state, in state secretariat, on Thursday.

Banerjee said, “I have never seen a Union home minister overseeing a corporation election, goes to a tribal home, arranges food and eats. Look at the borders of the country. The situation is grim there.”

The chief minister, however, did not direct her anger at the officers as she said, “The BJP is a party of lies. It has no standing in Bengal. Bengal would not accept any outsiders except the people who are already staying here .” She clarified that the officers present are not to be blamed in any manner.

None of the officers went out of the press briefing of Banerjee which virtually became a platform to target her political opponents.

Banerjee said the Central government has denied everything to Bengal. “They have given nothing to us during COVID-19 or during cyclone which hit Bengal badly. While we spent Rs 4,000 crore for COVID-19 management, we received only little more than Rs 100 crore. Even during Amphan (cyclone) we received Rs 1,000 as advance. They would deduct it later from the devolution,” said Banerjee.

Tearing into the saffron party, Banerjee said BJP means “one nation, one man and one political party”.

Further, she said there should be massive resistance against the farm laws across the country. “And if any political party stand against the laws and start a movement, I will participate,” she added.

The chief minister, on Thursday, formed a committee of eminent people to celebrate the year-long 125th anniversary of Netaji Subhas Chandra Bose. The panel involves the likes of Nobel laureates Amartya Sen, Abhijit Vinayak Banerjee and academician and grand nephew of Netaji, Sugata Bose, among others.

“The Central government did nothing to unravel the mystery surrounding the death of Netaji. We would like to do something,” said Banerjee.

Meanwhile, the state government issued Rs 5 lakh health insurance card to everyone in the state on Thursday. The card, which was earlier limited to government, semi-government and contractual workers, have been extended to each and every household of the state. “Every family can avail it up to Rs 5 lakh,” said the chief minister.