Delhi has been witnessing a spike in coronavirus cases 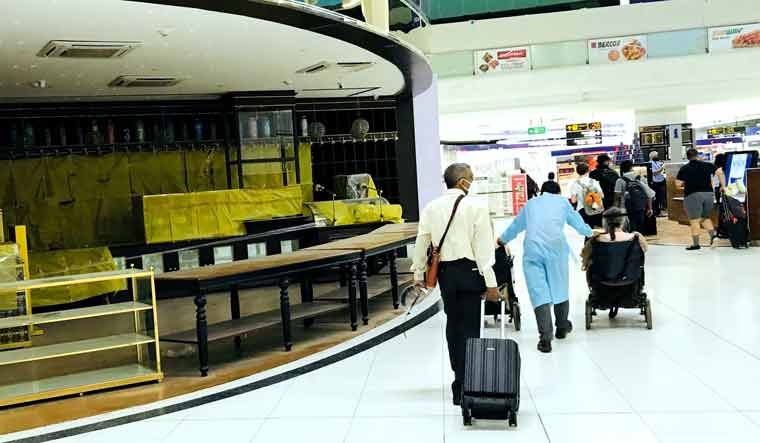 An empty cafe inside the Delhi Airport | Aayush Goel

The Maharashtra government will take a final decision on suspending flight and train services to the state from Delhi within eight days, a cabinet minister said on Monday. The national capital has been witnessing a spike in novel coronavirus cases for more than a month despite several measures taken by the AAP government to curb the pandemic.

Maharashtra Minister Vijay Waddetiwar said a decision to suspend the flight and train services cannot be implemented before November 30, since the existing lockdown guidelines will continue till then. He said the government is also reviewing the situation in Gujarat which has also witnessed a surge in new cases.

“Along with Delhi, we are also looking at the condition in Gujarat. If Gujarat declares lockdown, then people will anyway not be able to come out of the state or go in," Waddetiwar was quoted as saying by NDTV.

This was the fifth time in 11 days that the daily number of deaths crossed the 100-mark in the national capital. The authorities reported 111 deaths on Saturday, 118 on Friday, 131 on November 18, the highest till date, and 104 on November 12. Delhi has reported a death rate of 1.58 per cent among COVID-19 patients as compared to the national fatality rate of 1.48 per cent.

On Monday, Delhi Health Minister Satyendar Jain attributed the high COVID-19 death rate in the city to the pollution caused by stubble-burning and expected a downtrend in it in the next two-three weeks.