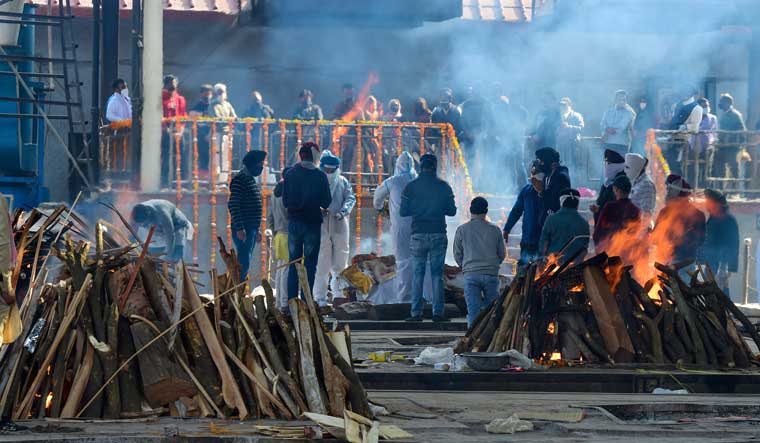 The Supreme Court on Monday asked the Centre and states to file within two days status reports detailing steps taken to deal with the current COVID-19 situation, noting that the pandemic has worsened in places like Delhi and Gujarat.

The Supreme Court sought reports from the states of Delhi, Gujarat, Maharashtra and Assam on the COVID-19 situation.

"We are hearing of a huge spike in the current month. We want a latest status report from all states. Worse things may happen in December if states aren't well prepared," the Supreme Court was quoted as saying by NDTV.

“Things have worsened in Delhi especially in November. You file a status report on what steps have been taken,” a bench headed by Justice Ashok Bhushan told Additional Solicitor General Sanjay Jain, who was appearing for the Delhi government.

The Supreme Court said the situation is going out of control in Gujarat. "The Gujarat situation is next to Delhi. Worse situation. What action has been taken? What is happening in your state? What steps are you taking with respect to political events?" NDTV quoted the Supreme Court bench as saying.

The bench, also comprising Justices R.S. Reddy and M.R. Shah, said that all efforts shall be made by the Centre and the states to mitigate the situation and to deal with the rising number of COVID-19 cases.

The top court—which was hearing a matter in which it had taken cognisance regarding proper treatment of COVID-19 patients and dignified handling of bodies in hospitals—has posted the matter for hearing on November 27.