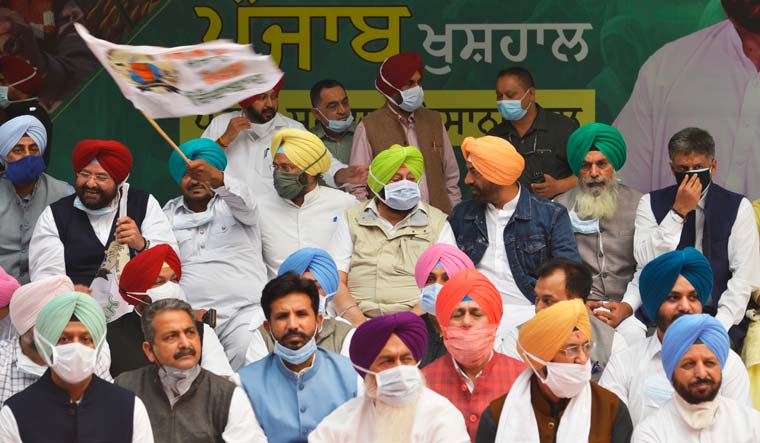 Protesting farmers in Punjab who refused to allow movement of passenger trains in the state have allowed resumption of all trains from Monday for 15 days during which the Central government should be open to talks. However, the farmer unions have warned that the train blockade would be re-imposed if talks with the Centre fail to take place and don't address and resolve their issues within the 15 days.

The decision was taken by the farmer unions after their meeting with Punjab Chief Minister Amarinder Singh. "Had a fruitful meeting with Kisan Unions. Happy to share that starting November 23 (Monday) night, Kisan Unions have decided to end rail blockades for 15 days. I welcome this step since it will restore normalcy to our economy. I urge the Central government to resume rail services to Punjab forthwith," Singh tweeted soon after meeting the farmers.

With farmers refusing to allow movement of passenger trains in the state, Singh had on Thursday urged the Centre to show magnanimity and not link restoration of freight services with movement of passenger trains. Amarinder Singh had also urged the Union government to support his government in creating a congenial environment for ending the prolonged farmers' agitation, which has had grave repercussions for the state and the nation.

Punjab farmers' bodies on Wednesday had said that they would consider allowing passenger trains to run in the state if the Centre starts running the goods trains first.

However, the Railways had refused, saying it would either operate both freight and passenger trains or none.

The suspension of goods trains has hit the supplies of fertilisers for the agriculture sector and coal for thermal power plants, besides adversely affecting the industry. On Friday, the Railways cancelled 12 festival special trains while the route of a train was diverted.