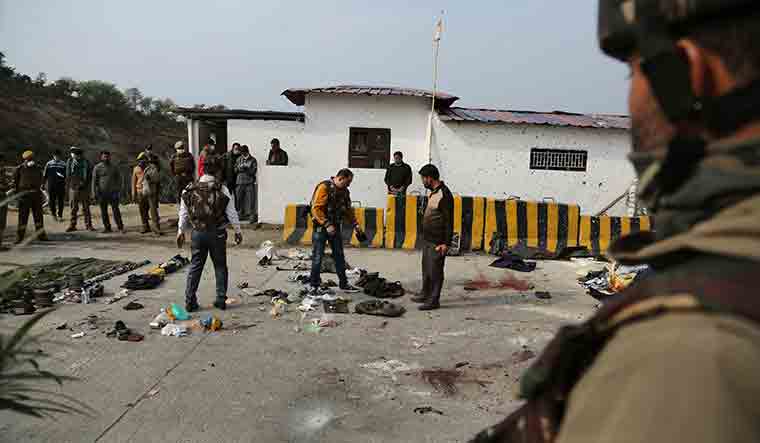 Aftab Hassan Khan, Charge d’Affairs at the Pakistan High Commission in New Delhi was on Saturday summoned by the Ministry of External Affairs (MEA) and a ‘strong protest was lodged at the attempted terror attack' planned by the Jaish-e-Mohammed in Nagrota in Jammu and Kashmir on Thursday.

According to the MEA note, the attempted attack was ‘only prevented from happening by the alertness of the Indian security forces.'

The Indian authorities told Khan that Pakistan should “desist from its policy of supporting terrorists and terror groups operating from its territory and dismantle the terror infrastructure operated by the terror outfits to launch attacks in other countries.'' India reiterated its long-standing demand that Pakistan fulfill its international obligations and bilateral commitments to not allow any territory under its control be used for terrorism against India in any manner.

He was also told that the “Government of India is firmly and resolutely committed to take all necessary measures to safeguard its national security in the fight against terrorism.''

India was able to avert a major attack when security forces neutralised four terrorists at the Nagrota encounter. The cache of arms recovered from them included 11 AK 47 rifles, three pistols and 29 grenades. Initial reports indicate that the attackers were members of the JeM, a terrorist organisation proscribed by the United Nations and several countries.

The JeM has been part of several attacks in India in the past, including the attack on security forces in Pulwama in February 2019. The JeM's recent forays across the border are aimed at planning for a major attack to destablise the peace and security in the Union Territory of Jammu and Kashmir, and in particular, derail the ongoing democratic exercise of conduct of local district development council elections.

On Friday, Prime minister Narendra Modi held a security review with top officials. Sources say the terrorists were planning something big, on the scale of the 26/11 attacks of 2008.

This is the second time this month that Khan has been summoned by India. He was earlier summoned when 11 people lost their lives in ceasefire violations. These included six civilians.