Every person, except one, in this village tests COVID-19 positive 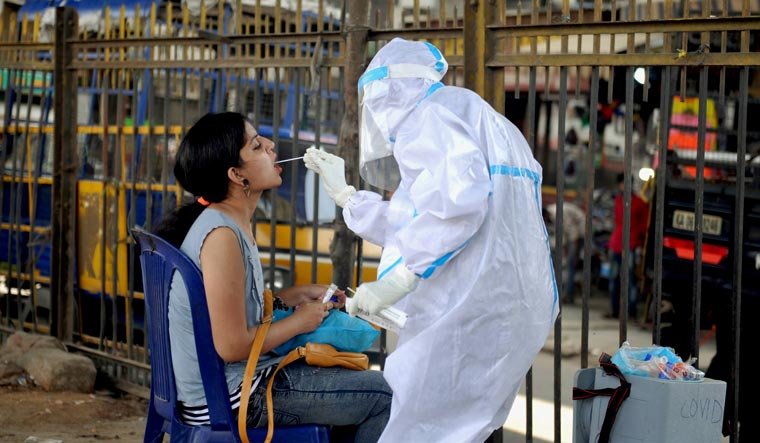 Representational image: A health worker wearing a PPE kit collects a sample from a woman | PTI

Torang, a tourist village in Lahaul valley in Himachal Pradesh, has hit headlines after every resident barring one has contracted coronavirus, a matter that has alarmed the state health authorities. Lahaul is one of the worst affected districts in the state.

The village has just 42 residents as most people had migrated to Kullu for winter. Of the 42 samples tested, 41 turned positive.
According to a report in the Times of India, 52-year-old Bhushan Thakur is then only person who tested negative in the village. Bhushan’s five family members have tested positive.

The situation has forced administration to suspend tourist activities in several Lahaul villages which are close to the north portal of the Rohtang tunnel.
The TOI report claimed that the villagers had gathered at one place during a religious event a few days back and the programme is believed to be the reason for the community transmission.

The report said a large number of people in the surrounding villages, including Spiti, have also contracted the virus.