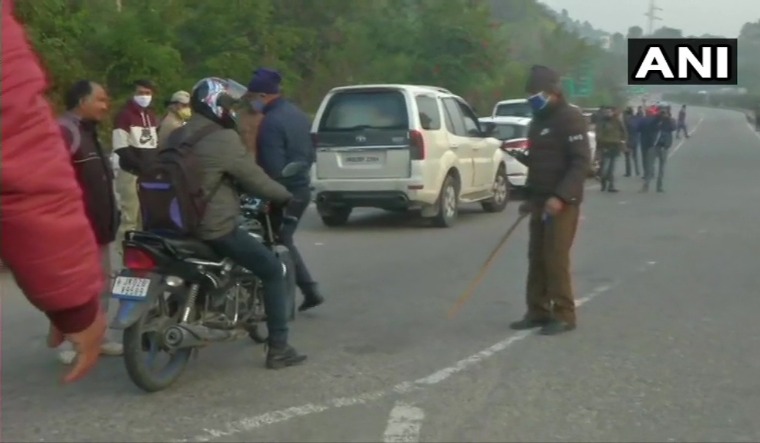 Four militants travelling in a vehicle were killed by security forces at Nagrota in Jammu on Thursday morning.

The vehicle was intercepted by CRPF at Bun Toll Plaza at 5am. The militants opened fire after the vehicle they were travelling in was stopped.

In the ensuing encounter, four militants were killed. Two personnel of Jammu and Kashmir Police's Special Operation Group (SOG) were injured in the encounter. The condition of both SOG men is stated to be stable.

The mopping-up operations are going on. The security forces are trying to ascertain the identities of the slain militants.

Due to the encounter, traffic movement was disallowed from Nagrota to Udhampur.

On January 31, militants had opened fire at the same place on CRPF and police party in which three militants were killed.