‘I am confident people will decide between truth and falsehood,’ he said 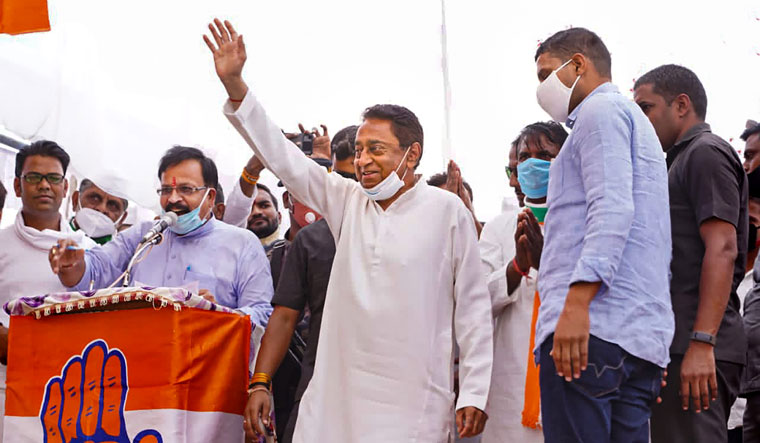 [File] Kamal Nath at a rally in Karera constituency | PTI

Former Madhya Pradesh chief minister Kamal Nath offered prayers in the Hanuman Temple in Bhopal as counting of votes in the bypolls was under way in the state. He told reporters that he sought blessings for the “safe future” of Madhya Pradesh and for the youth and farmers.

“I am confident people will decide between truth and falsehood,” he said.

He further said that the Congress will form the government.

The counting of votes in the Madhya Pradesh bypolls began at 8am across 28 assembly seats in 19 districts on Tuesday and the results will be announced later in the day.

The fate of the Shivraj Singh Chouhan government is on line, but trends show the BJP looking at a clear majority, leading in at least 18 constituencies. It remains to be seen if Jyotiraditya Scindia will be able to sway the votes in favour of the saffron party.

Kamal Nath, who had been chief minister before the BJP toppled the government, lost power after Scindia quit the Congress and jumped ship to the BJP.

The BJP, with 107 MLAs in MP assembly with an effective strength of 229, needs to win at least eight of these 28 seats to retain power in Madhya Pradesh. Meanwhile, the Congress has 87 legislators in the House.