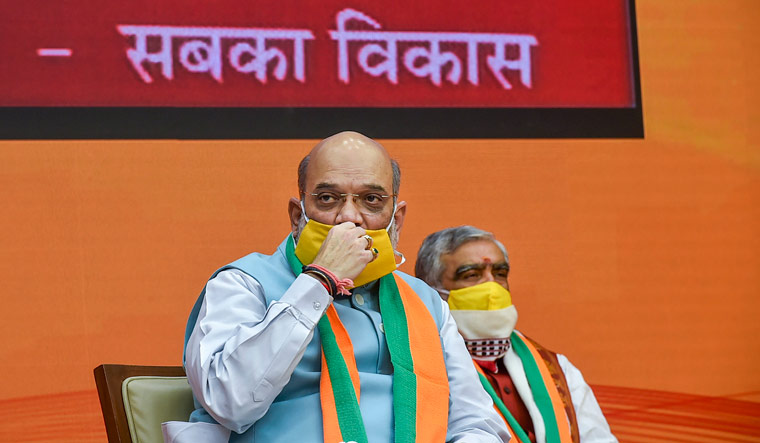 The ruling TMC, on Thursday, mocked Union Home Minister Amit Shah for "daydreaming" of BJP coming to power in West Bengal and described his tribal outreach as a "poll gimmick" to divert attention from atrocities committed against backward communities in states ruled by the saffron party.

Shah, who is on a two-day visit to West Bengal before the 2021 state poll, said earlier in the day that he can sense massive public anger against the Mamata Banerjee government and the death knell of her regime has been sounded.

Shah urged the people to give BJP a chance to form the next government in the state to fulfil their dream of "Sonar Bangla" (golden Bengal).

"Union Home Minister Amit Shah is behaving like a BJP activist. He and his party should stop daydreaming about coming to power in West Bengal. Instead, he should concentrate on uniting his party in the state, which is a divided house," senior TMC leader and MP Sougato Roy said.

"The people of Bengal are firmly behind Chief Minister Mamata Banerjee", he added. Echoing him, state minister Firhad Hakim mocked Shah's scheduled lunch at the house of a tribal family as nothing but a "poll gimmick" and a desperate attempt to divert attention from atrocities on tribals across the country.

"Across the country in BJP ruled states, the tribals and the Dalits are being tortured. There are reports every day of atrocities against the backward communities by the BJP ruled state governments.

"We have heard that Amit Shah is planning to have lunch with a tribal family in West Bengal. This is nothing but a poll gimmick ahead of the assembly election," Hakim said adding that tribals, dalits and the Matuas in the state are with the TMC.

He is scheduled to hold organisational meetings in the district and also meet representatives of various communities and social groups. Shah is slated to have lunch at the house of a tribal family in the district.