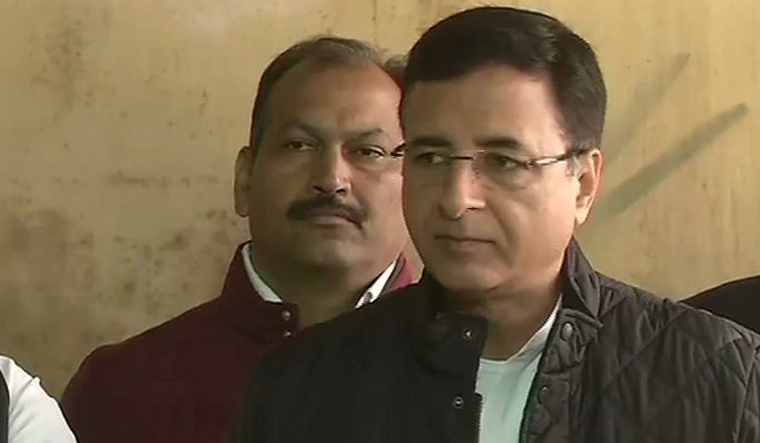 Senior Congress leader Randeep Singh Surjewala on Friday alleged that Bihar Chief Minister Nitish Kumar and his deputy Sushil Kumar Modi have put the health services in the state on a ventilator by keeping a large number of posts of doctors and nurses vacant.

There are a shortage of 60 per cent doctors and 71 per cent nurses across Bihar, Surjewala claimed and said after coming to power in the ongoing assembly elections, the Grand Alliance will fill up these posts quickly in a special drive, simplifying the lengthy recruitment process and bypassing the Public Service Commission (PSC).

A huge gap also exists between the required number of health sub-centres and primary health centres and the actual number of those facilities, the Congress national general secretary said.

"Bihar Chief Minister Nitish Kumar and his deputy Sushil Kumar Modi have not only pushed the states health services in the ICU but also put them on a ventilator and the sector is counting its days," he said.

The information was furnished by the Nitish Kumar government to the Supreme Court, he said, without mentioning the year or the case in which the state administration provided the data to the apex court.

The Congress leader also said the Central government informed the Lok Sabha that as per 2011 census, Bihar needed 18,637 health sub-centres, but the state has just 9,949 such facilities, which is 50 per cent of the requirement.

Nitish Kumar, who is seeking a fourth term in power, has been the chief minister since 2005.

The Centre also told the Lower House of Parliament that Bihar needs 3,099 primary health centres and 774 community health centres, but the state has only 1,899 PHCs and 150 CHCs, according to Surjewala who did not mention when the matter was informed in the Lok Sabha.

In a health index report issued by the World Bank and the Union health ministry, Bihar and Uttar Pradesh, where the BJP is in power, have ranked at the bottom, he said.

The healthcare scenario in the state has turned from bad to worse between 2015-2018 and NITI Aayog CEO Amitabh Kant had to say that India's overall Human Development Index lagged behind because of poor performance of states such as Bihar on various health parameters, Surjewala said.

To improve the healthcare services in Bihar, the Grand Alliance government will fill up the vacant posts by an 'open recruitment system', the Congress leader said.

Explaining the system, he said that eligible candidates will appear with their educational certificates which will be verified on the spot and they will be interviewed by the Director General of Health Services, thus bypassing the PSC.

Specialists will also be appointed on 'special salary', which will be higher than normal, for a particular period of time, he said adding that Ayushman Bharat scheme can only be implemented properly when there are doctors and nurses are available in appropriate numbers.

"There is a medical crisis in the state. A COVID patient was being treated in Nalanda Medical College and Hospital (NMCH) while a body was lying on an adjacent bed," he said.

Videos purportedly showing bodies lying unattended while patients are being treated at NMCH in Patna had gone viral in July-August.

Voting for the Bihar assembly elections is being held in three phases. The first phase was conducted on October 28, while the next phases will be held on November 3 and 7.