The programme will be completed under a 10-year plan 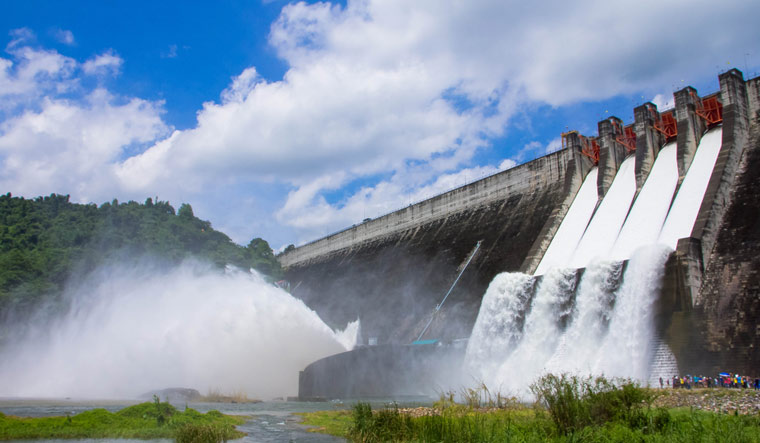 The Union Cabinet on Thursday approved a project to ensure maintenance and improvement of 736 dams in 19 states in the next 10 years.

Jal Shakti Minister Gajendra Singh Shekhawat told reporters at a cabinet briefing in New Delhi that phases two and three of the dam rehabilitation and improvement programme will be completed under a 10-year plan at a total cost of Rs 10,211 crore.

"The project will be implemented in two phases, each of six-year duration with two years overlapping from April, 2021 to March, 2031," the Jal Shakti Ministry said in a statement.

Providing details, Shekhawat said the first phase of the programme was launched in 2012. It ended in 2020 under which 223 dams in seven states were included.

Eighty per cent of the amount under the plan will be funded by the World Bank and another organisation.

"The share of external funding is Rs 7,000 crore of the total project cost, and balance Rs 3,211 crore is to be borne by the concerned Implementing Agencies (IAs). The contribution of central government is Rs 1,024 crore as loan liability and Rs 285 crore as counterpart funding for central component," the Jal Shakti Ministry said.

Asked which dams will be taken up first for rehabilitation, maintenance and improvement, the minister said since the ownership of the dams is with the states, they will prioritise and send their proposals.

The plan also involves reinforcement, reconstruction and capacity building of the existing dams.

A separate programme for the training of officers in this regard is already on.

The second and third phase of the Dam Rehabilitation and Irrigation Purpose (DRIP) envisages to improve the safety and performance of selected existing dams and associated appurtenances in a sustainable manner, and strengthen the dam safety institutional setup in participating states as well as at the central level, the Jal Shakti Ministry said.

It also envisages to explore the alternative incidental means at a few of selected dams to generate the incidental revenue for sustainable operation and maintenance of dams, it added.

During the Cabinet meeting, the prime minister also approved a proposal for spending four per cent of the total amount of the project for building tourism-based activities, including water tourism at the existing dams.

India is third in the world after China and the US to have big dams.

Eighty per cent of the existing dams are more than 25 years old with some 100-year-old dams also functional, which require serious maintenance, reinforcement and capacity building as they were built using older technology.