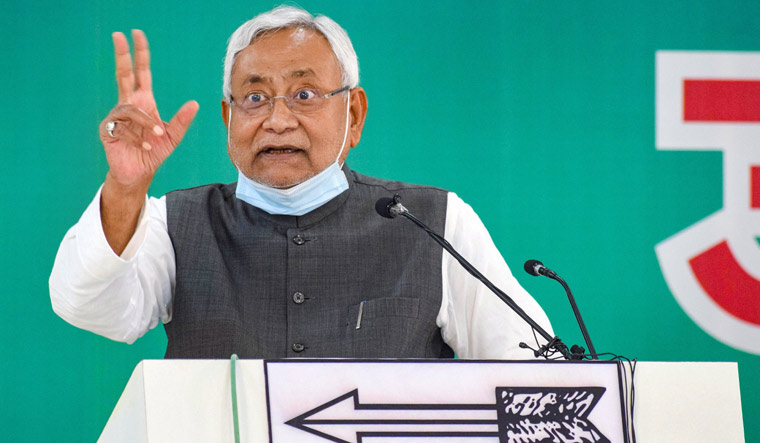 RJD leader Tejashwi Yadav and LJP's Chirag Paswan have lashed out at Bihar Chief Minister Nitish Kumar over the police firing in Munger district on Monday, which left one person dead.

Speaking to mediapersons after the start of polling in the first phase of elections in Bihar on Wednesday, Tejashwi was quoted by NDTV as saying, "What was Bihar's chief minister doing? What was Deputy Chief Minister Sushil Modi, who is a leader of the BJP, doing? They have a double-engine government. Did they not have information? This [inaction] shows the role they played in the incident."

Tejashwi also sought a probe into the Munger firing monitored by the Patna High Court.

Tejashwi compared the firing in Munger to the Jallianwala Bagh Massacre of 1919, which was ordered by British officer general Reginald Dyer.

"Who gave you (the police) the order to become general Dyer? We want to know what has Sushil Modi ji doing other than tweet. We want the BJP leader to tell us who gave the permission... This is a serious matter,” Tejashwi was quoted as saying by NDTV.

LJP president Chirag Paswan accused Chief Minister Nitish Kumar of "playing role of general Dyer". Paswan was quoted by ANI as saying, "Who is responsible for the firing and lathi-charge incident in Munger? Chief minister is now playing the role of general Dyer who ordered the Jallianwala massacre. I am sure chief minister is responsible for the incident, an investigation should be done."

One person was killed and over two dozen people, including security personnel, were injured in firing and stone-pelting during goddess Durga idol immersion in Munger on Monday night.

While people alleged the young man, who was in his early 20s, died in police firing, the administration said he was hit by a bullet fired by somebody from among the crowd.

Munger District Magistrate Rajesh Meena said the police were also fired on. The DM and the district police chief visited the area and said the situation was under control. SP Lipi Singh said, "Some antisocial elements indulged in stone-pelting during the Durga puja immersion, which left 20 jawans injured. There was also firing from the side of the crowd in which unfortunately a person died.”

A purported video of the incident shows security personnel baton-charging a group of people in the immersion procession. Also a disturbing image has been circulating on social media, which shows the man purportedly killed in the incident lying motionless on the ground with his head split open.