Taken into custody from a Thiruvananthapuram hospital he was admitted to 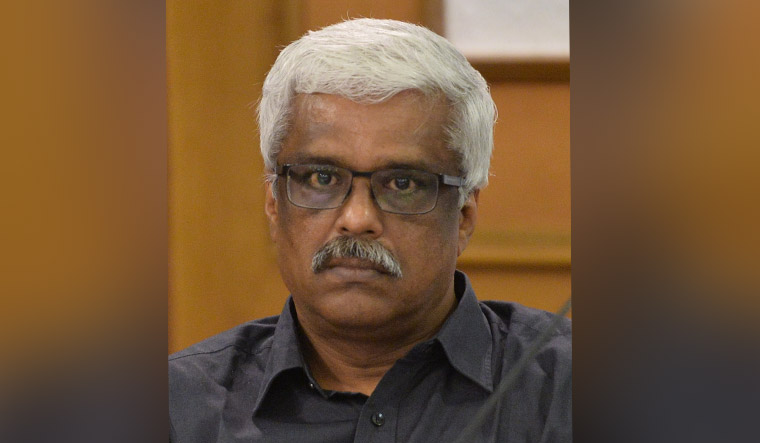 M. Sivasankar, former principal secretary of Kerala CMO, was on Wednesday taken into custody by the Enforcement Directorate minutes after the Kerala High Court rejected the former’s anticipatory bail pleas in the gold smuggling case. He was taken into custody from Ayurveda Hospital in Thiruvananthapuram where he was admitted to.

The swift move by the ED came soon after the Kerala High Court rejected anticipatory bail pleas of the suspended IAS officer who is facing probe from the agency and the Customs in the gold smuggling case.

A bench of Justice Ashok Menon pronounced the orders on Wednesday in the two applications moved by M. Sivasankar. The Order today followed heated exchanges between the Customs and the Enforcement Directorate and the Counsel for M. Sivasankar on Friday.

The high court had on two occasions restrained the ED and Customs, probing the two separate cases in connection with the gold smuggling case, from arresting Sivasankar—first till October 23 and then extended the immunity to October 28.

The IAS officer has been at the centre of a political storm after his purported links to gold smuggling case accused Swapna Suresh came to be known.

Earlier, in a written statement the ED has submitted that Sivasankar appears to be connected with the serious economic offence allegedly committed by prime accused Swapna Suresh. In its submission, the ED has alleged that the officer was "very close" to Suresh, a former UAE consulate employee, and would be sending WhatsApp messages to her throughout the day.

According to the ED, the chats show that Suresh discussed everything with him and as such, it is highly unlikely that he was not aware of the money she was making through gold smuggling and also by way of commission kickbacks in the consulate contracts.

The Customs also had opposed anticipatory bail, alleging that Sivasankar was not providing clear answers to important questions in connection with the case.

Seeking the anticipatory bail, Sivasankar had said he has complied with all the directions till now and there was no scope for him absconding also.