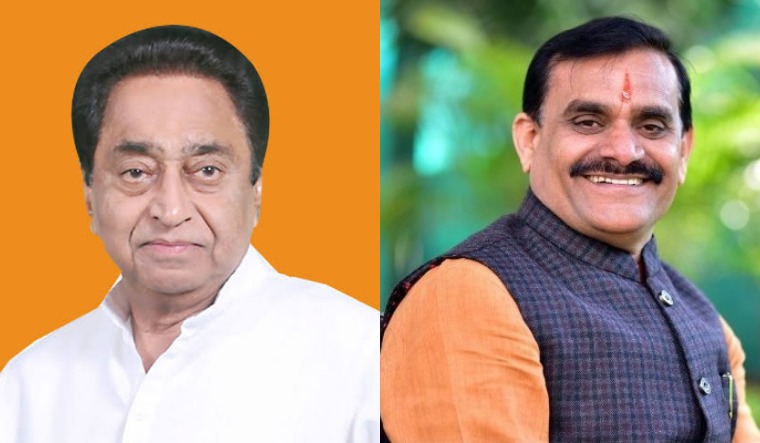 Speaking to THE WEEK exclusively during campaigning for the bypolls in Madhya Pradesh, Sharma said that BJP will win all 28 seats in the bypolls, and the Congress and Kamal Nath will be packed off from the state.

Lately, in the acrimonious campaign dominated by personal attacks, the BJP has been targeting Kamal Nath as an outsider who keeps to himself vis a vis Chief Minister Shivraj Singh Chouhan, who is a sensitive and popular leader with ground connect.

In that context, Sharma said that Kamal Nath has no love for Madhya Pradesh and feels no connectivity with the state and he is an outsider. “He came to Chhindwara (Kamal Nath’s home district) as a courtier of a family of western mentality (indicating Nehru-Gandhi family) and looted Madhya Pradesh. He became the chief minister, but he is not a people’s leader. So, in a way, he is like East India Company in Madhya Pradesh and it is time for him to leave,” Sharma said.

As for his confidence on winning all 28 seats, Sharma, who is the top star campaigner of MP BJP, said that first of all, the current bypolls are an election to save Madhya Pradesh. People of the entire state were affected by the discontinuation of BJP government’s schemes by Kamal Nath government and this had caused anger among people.

“Kamal Nath behaved like he was only the chief minister of Chhindwara and ignored the rest of the state badly, especially the Gwalior-Chambal area from where Congress won a lot of seats. People did not vote for Kamal Nath, an outsider, to become chief minister, but he did and at the instance of Digvijaya Singh took decisions that were not only detrimental for the state but also cause of increase of internal tussle in the party that led to collapse of the government,” Sharma said.

In contrast, Sharma pointed out Shivraj Singh Chouhan is a leader who is always working for welfare of the poor, has close connectivity with people and stands with them in good and bad times. He provides an extremely sensitive and stable leadership.

The third thing, Sharma says, is about the organisational set-up of BJP. The disciplined and strong organisation is working down to the booth level in coordination with the new entrants to the party. “I can very confidently say that every worker of BJP is working for the bypolls in a united manner and because of this BJP will win all the 28 seats,” Sharma declared.

Sharma also says that the Congress is facing worse internal tussles now than before. Kamal Nath has been left alone to campaign and he is not a Madhya Pradesh leader. Digvijaya Singh, who was running the Congress government ‘indirectly’, has relegated himself to the background, alleged Sharma. Digvijaya has done this strategically as he has himself accepted that people do not vote for Congress when they see his face, Sharma added. “Congress has lost its ground, it has no leadership and not even ground-level workers. Given these points, I can again say that we are winning all the 28 seats.”

As for the constantly deteriorating level of election campaigning in the state, Sharma said that the war of words and diversionary tactics were deliberately adopted by the Congress as they do not want to be accountable for the misgovernance of 15 months. “They have insulted the chief minister, they have insulted the people of the state, insulted a dalit woman and what not. They are simply trying to mislead people and spread falsehoods to cover up their failures,” Sharma said.

He added that Congress had messed up in the state and its government collapsed. Now, BJP is back in power and is providing a sensitive and stable leadership, which works for development of the entire state. Voters know this and will support the right party, Sharma concluded.