Bihar polls: Change is in the air, says Sonia Gandhi

Sonia declared Bihar is a mirror for India 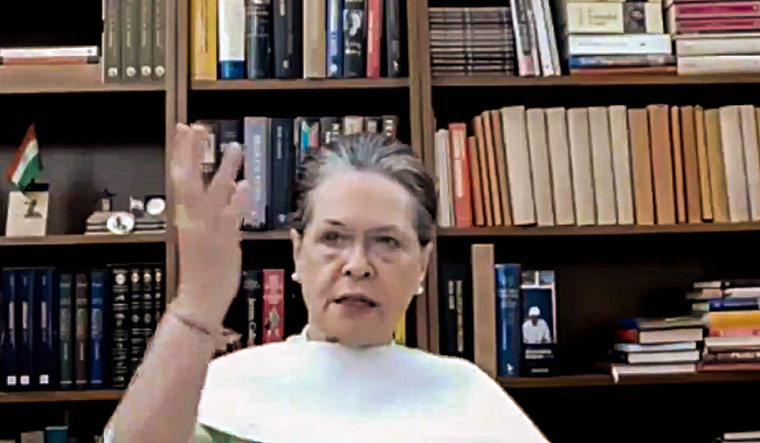 Congress chief Sonia Gandhi lambasted the JD(U)-BJP alliance in Bihar for its record in power. Speaking in a video message shared on Tuesday, a day before the first phase of polls in Bihar, Sonia declared, "change is in the air".

In the video message, Sonia accused the JDU-BJP of engaging in "dictatorial governance". "The government in Bihar is steeped in power and arrogance and has strayed from its path. Neither its words, nor its actions are good. Workers are helpless. Farmers are distressed. Youth is disappointed. The fragile state of the economy is impacting the lives of the people. Dalits, Mahadalits and backward sections of the society have been left on the brink of destitution," Sonia was quoted as saying by Hindustan Times.

“The people are ready to create a new Bihar for the next generation. The change is in the air because of passion, energy, new thinking and power. Now, the time has come to write a new chapter... Bihar has the skill, talent and capabilities but unemployment, migration, inflation and starvation have given the people only tears and blisters in their feet. Words that cannot be spoken are said with tears. Policies and governments cannot be formed on the basis of fear,” Sonia was quoted as saying by Hindustan Times.

“Bihar is a mirror of India. It is also a hope and pride of India. Farmers, youth, labourers of Bihar work not only in India but also across the world. Today, Bihar is getting ready for a change for its glory and future. The wind of change is in the air in Bihar," Sonia declared.

"“It is time to move from darkness to light, from falsehood to truth and from present to future. My appeal to the people of Bihar, called the land of knowledge, is to vote for the candidates of the grand alliance and build a new Bihar. I salute the sacred and historical land of Bihar,” Sonia said.