Kamal Nath violated poll code, says EC; asks him not to use words like 'item' 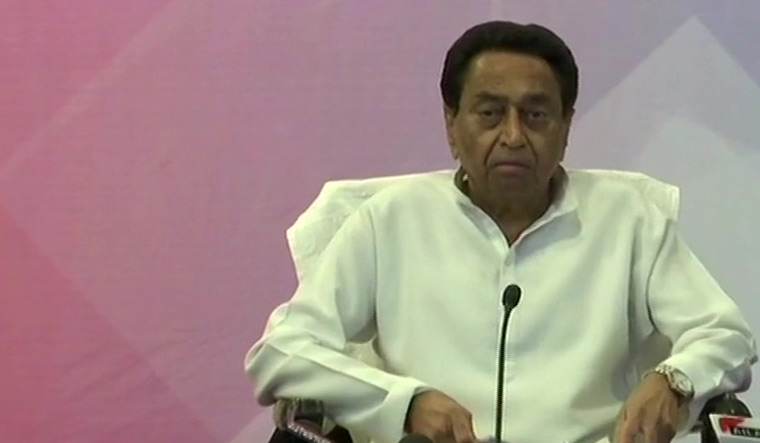 The Election Commission, on Monday, said former Madhya Pradesh chief minister Kamal Nath violated its advisory related to campaigning by using the word "item" against a woman BJP candidate and advised the Congress leader not to use such terms in public during the period of the Model Code of Conduct.

The poll panel had issued a notice to Kamal Nath after he had used the jibe against BJP candidate Imarti Deviat a poll rally a few days ago, drawing an angry reaction from the ruling party.

Addressing a poll meeting last week in Gwalior's Dabra town, where the BJP has fielded Imarti Devi, Kamal Nath had said the Congress candidate was a "simple person" unlike his opponent who was an "item".

Following a complaint by the state BJP and reference by the National Commission for Women, the EC had served the notice to Kamal Nath.

The Commission, on Monday, issued orders against the Congress leader. " ... the Commission, hereby advises Kamal Nath, ex-chief minister Madhya Pradesh that while making public utterances he should not use any such word or statement during the period of model code of conduct," the order said.

It said Kamal Nath used the word "item" for a lady and that "this constitutes violation" of advisory issued by the Commission relating to the model code.