'Unlike UP, Punjab and Rajasthan govts not denying rape': Rahul hits back at BJP

“If they do, I will go there to fight for justice,” said the Congress leader 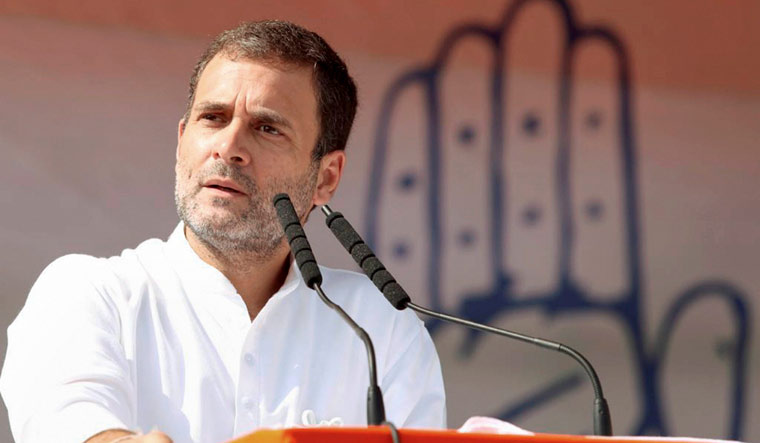 Former Congress president Rahul Gandhi on Saturday hit back at the BJP over the rape of a minor girl at Hoshiarpur in Punjab, saying unlike the Uttar Pradesh government, the Congress governments in Punjab and Rajasthan had not denied the incidents of rape in their state or threatened the family of the victim.

Rahul said if they did, he would go there, too, and fight for justice.

"Unlike in UP, the governments of Punjab and Rajasthan are NOT denying that the girl was raped, threatening her family and blocking the course of justice. If they do, I will go there to fight for justice," he said in a tweet.

Unlike in UP, the governments of Punjab and Rajasthan are NOT denying that the girl was raped, threatening her family and blocking the course of justice.

If they do, I will go there to fight for justice. #Hathras

Earlier, the BJP had attacked both Rahul and his sister and party general secretary Priyanka Gandhi Vadra for their "selective outrage" in cases of atrocities against women as it questioned their "silence" over the alleged rape and killing of a six-year-old girl at Hoshiarpur in Punjab.

Noting that the young girl belonged to a dalit migrant family from Bihar, Finance Minister and senior BJP leader Nirmala Sitharaman also took a swipe at Rashtriya Janata Dal (RJD) leader Tejashwi Yadav, questioning if he had asked Rahul about the issue while holding a joint poll campaign with him in the state.

Hitting out at the Congress, she said, "The pretentious Congress has not said a word. The tweet-friendly Rahul Gandhi has not tweeted on the Hoshiarpur incident. There has been no outrage. And no picnic either."

Meanwhile, the Congress accused the BJP of showing insensitivity towards the Hoshiarpur rape victim and said the ruling party was politicising the issue due to Bihar elections.

"I hope that Nirmala Sithraman ji will stop displaying insensitivity towards a sensitive issue like this. Don't politicise it. The nation understands that you have suddenly woken up from your deep sleep because Bihar is in election mode,” Mahila Congress chief Sushmita Dev said.