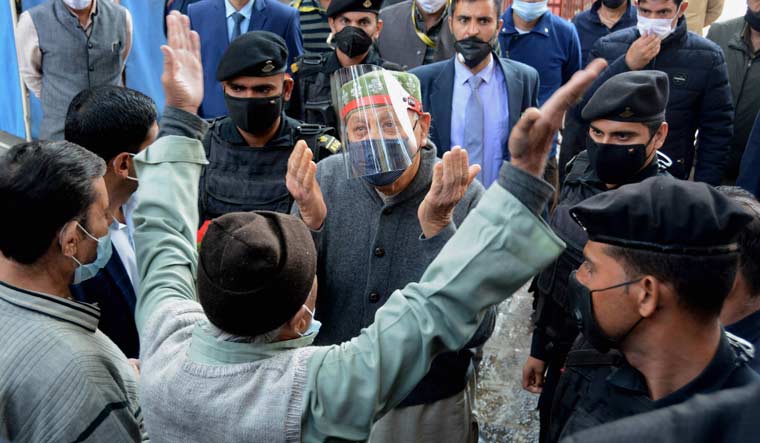 CPI(M) leader Mohammad Yousuf Tarigami is the convenor of the alliance while Sajad Lone of the People's Conference was named as spokesperson.

Hasnain Masoodi, an NC MP from Anantnag, will be the coordinator.

The decision was taken after a two-hour long meeting of the alliance leaders at Mufti’s residence in Srinagar.

The meeting took place a day after Mufti, in her first press conference after her release from detention, vowed not to contest any election unless J&K’s special status and Constitution are restored.

Mufti had also said that she would not raise any other flag except the flag of the former state until the decision taken on J&K by the BJP government at the Centre on August 5 last year was not reversed.

“It was decided the flag of erstwhile Jammu and Kashmir state will be the symbol of the group,’’ Lone told reporters after the meeting.

He said the next meeting will be held in Jammu within two weeks, adding that the alliance will present a document on the “lies” being spread against the people of J&K.

The NC patron said the BJP has tried to divide people and is making attempts to break the federal structure of the country. “It is not a religious fight but the fight for the identity of the nation,” he said.

The Gupkar Declaration was signed on August 4 last year in support of Article 370 at Abdullah's residence at Gupkar Road.