India committed to reconstruction and development of Afghanistan: MEA 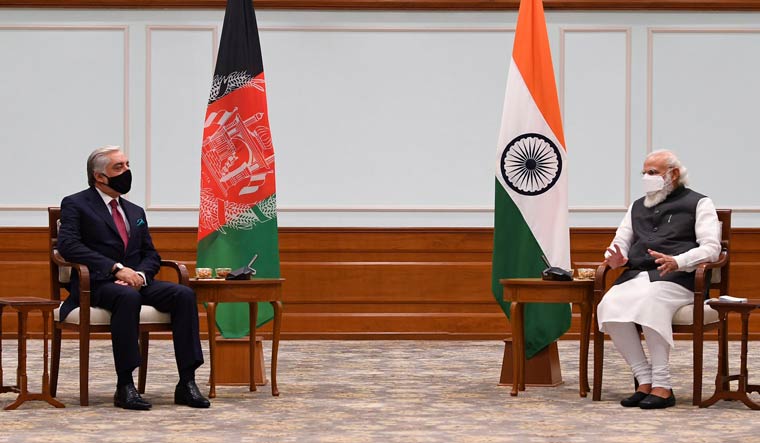 India has conveyed to prominent Afghan leader Ata Mohammad Noor that it is committed to reconstruction and development of Afghanistan, the Ministry of External Affairs said on Thursday. The former governor of Balkh Province held talks with External Affairs Minister S. Jaishankar and Foreign Secretary Harsh Vardhan Shringla on Wednesday.

Spokesperson in the Ministry of External Affairs (MEA) Anurag Srivastava said the current situation in Afghanistan including the peace process and increasing number of incidents of violence in that country figured in the talks.

"We reiterated our long-term commitment towards reconstruction and development of Afghanistan," Srivastava said at a media briefing.

The Taliban and the Afghan government are holding direct talks, aimed at ending decades of war that has killed tens of thousands of people and ravaged various parts of Afghanistan.

India has been a major stakeholder in the peace and stability of Afghanistan. It has already invested $2 billion in aid and reconstruction activities in the country.

India has been keenly following the evolving political situation after the US signed a peace deal with the Taliban in February. The deal provided for the withdrawal of American troops from Afghanistan, effectively drawing curtains to Washington's 18-year war with Taliban in the country.

New Delhi has also been maintaining that care should be taken to ensure that any such process does not lead to any "ungoverned spaces" where terrorists and their proxies can relocate.

India has been calling upon all sections of the political spectrum in Afghanistan to work together to meet the aspirations of all people in that country including those from the minority community for a prosperous and safe future.