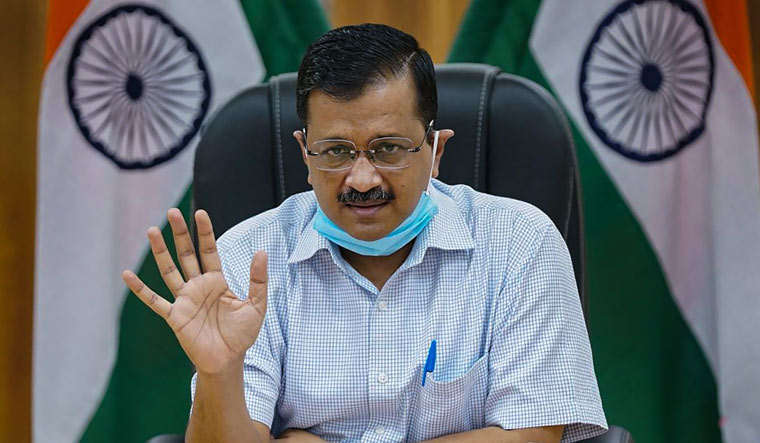 Delhi Chief Minister and AAP national convener Arvind Kejriwal, on Wednesday, said the Punjab government cannot change laws made by the Centre and asked if the farmers will get the minimum support price by the state assembly legislation.

The Punjab assembly on Tuesday adopted a resolution rejecting the Centre's new farm laws and passed four bills it said will counter the contentious legislation enacted by Parliament.

The bills were passed and the resolution adopted unanimously after over five hours of discussion on the second day of a special assembly session called by the Amarinder Singh-led Congress government.

Reacting to the move, Kejriwal called it a "drama" and claimed that the Punjab government cannot change the laws made by the Centre.

"Raja Sahib, you amended the laws of the Centre. Can the state change the laws of the Centre? No. You did a drama. You fooled people. The laws which you passed yesterday by them will the farmers get MSP? No. Farmers want MSP, not your fake and false laws," Kejriwal tweeted, tagging the post of the Punjab Chief Minister Office.

The CMO Punjab said, "Amazed at double standards of SAD & AAP, says @capt_amarinder Singh on their criticism of state's bills after backing them in the House. CM asks @ArvindKejriwal to follow Punjab's examples to bring out similar bills to save farmers."

The state bills provide for imprisonment of not less than three years for the sale or purchase of wheat or paddy below the minimum support price (MSP), exemption of farmers from attachment of land up to 2.5 acres and prevention of hoarding and black-marketing of agricultural produce.

The state bills, however, need the assent of the governor before they become laws. The governor could withhold assent and refer them to the president.

The opposition and farmer unions claim that the new laws will lead to the dismantling of the MSP system, a suggestion repeatedly denied by the BJP-led government at the Centre.