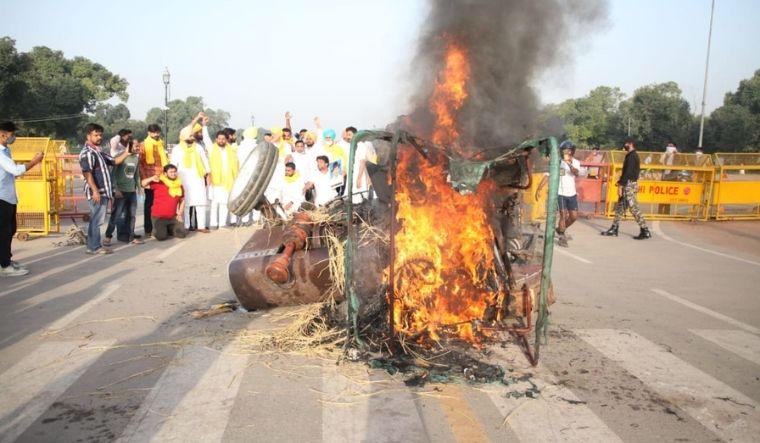 The political furore over Centre's latest farm laws has shifted to overdrive, with opposition states moving to annul the controversial legislations that were passed in the Parliament. On Tuesday, the Punjab assembly had unanimously passed four bills and adopted a resolution against the Centre’s farm laws. The bills were passed after an over five-hour discussion in which BJP MLAs did not take part. The BJP has two legislators in the assembly. The opposition SAD, AAP and Lok Insaaf MLAs backed the legislations.

Close on the heels of Punjab, Rajasthan also announced similar measures, with Chief Minister Ashok Gehlot saying that his government will bring a bill against the Centre's farm laws on the lines of Punjab. The chief minister announced this on Twitter.

"INC under the leadership of Smt #SoniaGandhi ji& #RahulGandhi ji stands absolutely with our annadatas and will continue to oppose the anti-farmer laws passed by NDA Govt. Today Congress Govt in #Punjab has passed Bills against these laws & #Rajasthan will follow soon," Gehlot tweeted on Tuesday night. Earlier, the Congress leadership had suggested negating the Central legislation in states where the party is in power.

Three farm bills—the Farmer's Produce Trade and Commerce (Promotion and Facilitation) Bill, 2020, the Farmers (Empowerment and Protection) Agreement of Price Assurance and Farm Services Bill, 2020 and the Essential Commodities (Amendment) Bill, 2020—were passed by Parliament recently. Subsequently, President Ram Nath Kovind had given his assent to the bills.

The Centre has been saying that the three farm laws will raise farmers' income, free them from the clutches of the middleman and usher in new technology in farming.

The opposition and some farmers' organisations have, however, been agitating against the laws alleging they will destroy the minimum support price mechanism, end Agricultural Produce Market Committees and allow corporates to arm-twist farmers. Massive protests were reported across Punjab and Haryana against the bills. The Shiromani Akali Dal (SAD), which is the principal opposition in the state, had cut ties with the BJP at the Centre over the passage of the bills.

Union Agriculture Minister Narendra Singh Tomar on Tuesday said the Centre will "thoroughly examine" the bills passed by the Punjab assembly whenever they are sent to it, and take a decision in farmers' interest. "I learnt that the Punjab government has passed bills related to the agriculture reform bill already passed by the Lok Sabha and Rajya Sabha. I am confident that the decisions that we have taken in the interest of farmers cannot be compared with anything. But in democracy, the assembly [too] has the power to take such decisions," Tomar said.  "Whenever the decision of the assembly comes to the Union government, it will be thoroughly examined and we will take a decision in the interest of farmers."