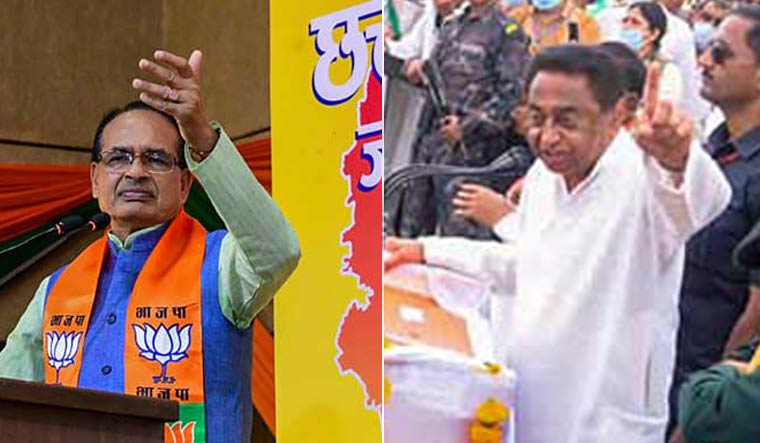 It started with ‘gaddar’ (betrayer)—a strong but not trivial or cheap word. It went on to ‘bikau-tikau’ (saleable-durable)—a phrase that caught on in the public imagination. For a while it hinged on ‘tiger’, but slowly it declined to ‘dalal’ (agent/middleman), ‘kapat-nath’ (one who deceives), then to ‘kala kavva’ (black crow), ‘bhuke-nange’ (starved-naked), ‘chunnu-munnu’, ‘raavan’ and sunk to ‘jalebi’, ‘maal’, ‘item’ and even ‘rakhail’ (mistress).

In what is unprecedented in Madhya Pradesh politics, leaders of all levels from both major parties, BJP and Congress, in their bitter battle for 28 bypoll seats in Madhya Pradesh, have resorted to using increasingly trivial and offensive language in their campaign meets and public statements.

Over each of these trivial and offensive statements, comments and words, the opposite parties have gone ballistic, trying to make the most of them politically while defending their own utterings.

With 12 more days to go for the campaign, it can only be imagined as to what level the offensive war of words will sink.

But, the more pertinent point is whether use of such language will impress or put off the voters who are to decide whether the nascent BJP government in the state survives or the embattled Congress could make a comeback.

Political watchers point out that the bypolls are being held in regions that are semi-urban and have their own style, attitude and perception. So, they feel that though the catchy and offensive words might make for headlines and debates over the social media, the voters might not actually be decisively swayed by them and will rather remain focused on more serious things like developmental works, present socio-economic conditions distilled by the COVID-19 pandemic and other local issues.

“It is indeed unfortunate that senior leaders are resorting to use of such words and phrases and pulling down the level of campaign so low. This has never happened in Madhya Pradesh earlier. But, in semi-urban and rural areas where bypolls are up, people have different perceptions about different words and as of now, the only narrative that seems to have made a mark is that of betrayers who got sold for Rs 35 crores (each). The choice of offensive words will surely affect the respective parties, but whether this issue will be decisive is questionable,” political commentator Manish Dixit says.

Political writer Shams Ur Rehman Alavi says that voters are quite perceptive and aware these days and understand the difference between theatrics, media-blown issues and real issues.

“While the statements and choice of words by the politicians as witnessed during recent past is utterly condemnable, one can say that voters will be able to make informed choice based on real issues. Things like economic distress, farm distress; lack of development for years, attitude of the leaders after winning or becoming ministers as also the mass defection by a particular group seem to be of more concern as of now,” he says.